I would love to have your input on this exchange. I will not editorialize, merely let the emails speak for themselves.

How much investigation goes into the Bay District Schools endorsement of projects? I know how disgusted I am with Common Core. I write extensively on it on my blog.

But I would have thought a bit more thought would have gone into allowing this to be sponsored by the Bay District Schools. This is considered worthy? Why?

I appreciate your concern, but this project was not 'endorsed' by BDS.  I have asked Sharon Michalik, Director of Communications, to share the detail with you and hopefully she will be able to get it to you today.

Thanks for your patience and MERRY CHRISTMAS!

Mr. Husfelt shared your blog with me and we definitely have a passion for students in common!

I did want to clear up a couple of misconceptions though. This event was my idea but it was quickly adopted by the Bay High students who actually have their own program called Streetlights that works with homeless teens. The students make all of the arrangements, secure the private sponsors, design the t-shirts and coordinate the day’s events. They are working on a partnership with downtown businesses to promote “dining in downtown” after the event next year and hope to continue to refine their marketing skills to increase visibility for their cause.

Bay District shared their event, as we have others, in our district-wide communications to support the hard work of the students. These same students spearheaded Unity Day (#UnityBay) and Dads Take Your Child To School Day and if you’ll look back you’ll see we shared those events as well to support them and increase visibility.

The kids work hard for the cause because they literally have friends who are homeless. And their work generates results! Just this morning the lady who coordinates our district efforts for the homeless let them know that she has been overwhelmed with the donations she’s received from this event this year.

I’m sorry that you didn’t enjoy the event or were surprised that it wasn’t what you expected. We are inundated each year with positive feedback from people who attended but I completely understand that every event is not for everyone.

I wish you a very Merry Christmas and I hope we run into each other at some future event so we can be properly introduced.

I then addressed both Mr. Husfelt and Ms. Michalik:

Thank you very much for your nice response.

As you say, this was your idea, Ms. Michalik. You are the Human Resources Director, the one who hires teachers who teach our children. Are there not laws that prohibit using children for political purposes taking them out of their regular classes to promote a political agenda. You acknowledge that it was you who selected the vehicle for this event that had no business being associated with our education system because it is totally lacking in quality and has only political connotations. Can just any employee access any Bay District School facility for any purpose without oversight by the Superintendent and the Board?

Had you read the lyrics, Mr. Husfelt? Did you know the origin of the SNL Cohen's Hallelujah as it is associated with Democrat politics and with SNL Cold Open with Kate McKinnon after the election?

You say, the children took over? They are students because they need direction. You invited the public who had no bias to attend an event that represents what you stand for. Whether you intended it or not that is exactly what this is. This is perhaps one of the most blatant examples of the perversion of our school system as vehicles for a Social Justice agenda I have ever seen.

May I point out that they are the students; you are the adults. Even more so, when the rubber hits the road, you are responsible for making sure those children are not just safe (why are they roaming about downtown?) but well-educated. Can they write articulately, spell their words correctly, add, multiply, divide.

My husband is a retired attorney. I am sure he would tell you that the legal consequences of those children being injured or molested while on one of those downtown jaunts, could be expensive.

Christmas is the most sacred time of the year and Handel's Messiah would have at least given credence to Bay District Schools having some standards as well as a big heart.

Handel's Messiah would pass the muster of cultural literacy and at the same time elevate the image of Bay District Schools. I thought perhaps a school orchestra/band would play the Handel's Messiah and you would hand out the words/music to folks who came. It would draw choirs and individuals, I imagine, all with the purpose of singing and donating to a worthy project.. We would assume whatever part we sing (Soprano, Alto, Tenor, Bass) and then go to our respective sections and attempt our very best effort at that music. One woman told me she had practiced in the car with her music for an entire week before coming to this event. You could elevate spirits and musical literacy at the same time. Think of the lessons on Handel and church music that could accompany this.

Handel's Messiah would have been something to be proud of. And would have encouraged the community to see the benefit of music in our schools.

I am not reassured by the lack of oversight by the Board as to what goes out to the public as an example of a product for the Bay District Schools.

Many of these children will wind up homeless if they do not get the education they need to be getting. Using them as models of community involvement robs them of their own education. Take your Dads to School Day? You call this Marketing? Unity Day? You are making little Democrat community organizers out of these children - not students qualified for employment anywhere!

I am afraid these children would be humiliated if Jay Leno ever encountered them on the street and asked them a real question about History or anything else!

Our school children are a charity unto themselves. We invest in schools not to produce social warriors, but educated citizens!

The buck stops with you, Mr. Husfelt. Do you endorse politicizing children and calling it educating them? Do they not deserve a real education? 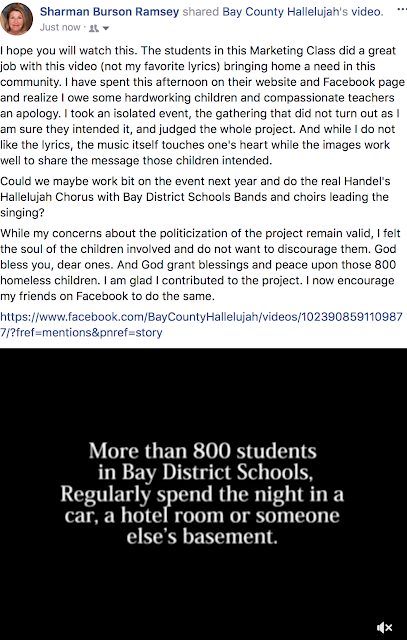 * I just noticed that Ms. Michalik has apparently gotten a promotion. She is now Director of Communications, though the News Herald noted in 2016 she was the Human Resources Director. Far cry from the Education Reporter for the News Herald, but quite a common one in my observation. 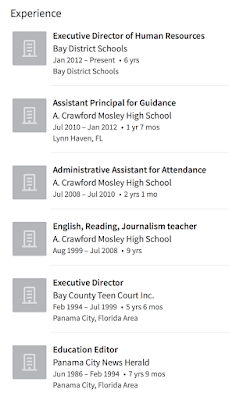 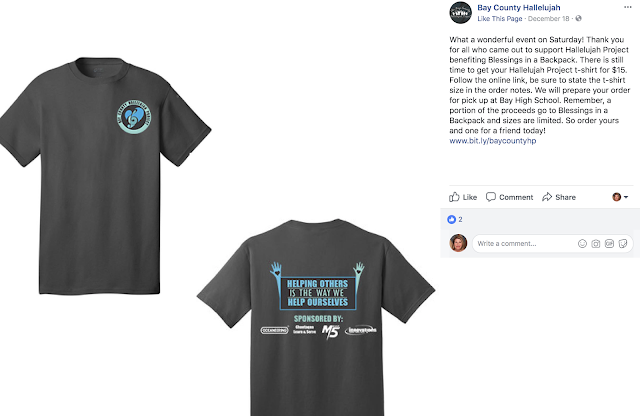 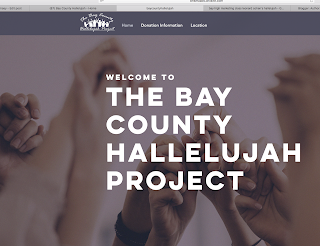 Let me commend those students for the quality of this video and the heart that went into the development of the video.

I have spent some time on the Facebook Page and website now and appreciate the compassion that went into developing this. I was disgusted by the lyrics, but impressed by the videography and the purpose. There are some talented children in that class.

This is the good version. Absolutely Beautiful!!!!!!

Would have stirred the soul of anyone and been a positive for our children. Even if it wasn't Handel's Messiah.
https://www.facebook.com/NTDLifeOfficial/videos/448937598951040/?fref=mentions&pnref=story 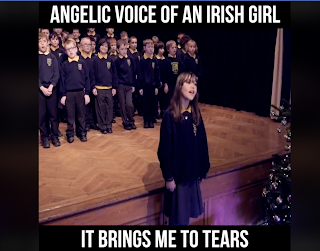 So, why take that absolutely beautiful music and corrupt it with these words?

What was the purpose?

Can there be consequences beyond our intended purpose when we venture into risky psychological manipulation of children through the therapeutic classroom, values clarification and intended alterations of attitudes and beliefs?

A friend asked me what was wrong with raising money for the Homeless.

There is nothing objectionable about high school students (on their own time) raising money for a project. You see, Margo, I come from the old school where academics were the purpose of schools, not social engineering. I wanted my History Students to know History and my English students to write well, be exposed to great examples of literature, to understand terms like metaphor, simile, onomatopoeia and then actually use them in writing. I wanted to open the doors to the truly great authors of the world and discuss what it was that made their writing great. I taught about the dangers of Communism, the different aspects of Political Science, Civics. There was so much content to master, I was jealous of the time I had them in the classroom. I HATED get out of class events whether after a fund raiser or a field trip. We had so much to learn! But, when the school becomes the engine to push this Social Justice Agenda, I rail against it.

The children in our schools will be the homeless of tomorrow if their academic preparation is poor. How many of the "graduates" of Bay District Schools must take remedial Reading and Math?

Schools, like the Army, have a mission. They have no business wandering into the realm of therapeutic classrooms, changing attitudes and beliefs with their social engineering. The mission of our schools is the academic preparation of our children. And they are failing there.

That is why when I see funds misappropriated OUT OF THE CLASSROOM to feel good political projects I get angry. And then they demand more money "for the schools."

There is definitely a place for raising money for those homeless children. It simply is not the place of other children to be the pawns of those promoting that feel good program to be raising the money!

I am sorry. I have seen too many community organizers get their own halos polished using children for those events to appreciate the "goodness" of doing such. There should be clubs and organizations after school to participate in events like that. What about the Key Clubs of the past? Let us treasure the time in school to actually prepare our children for tomorrow.

I actually did some research to find out the literacy in Bay District Schools.
With scores like this, do you think they have time to be working on service projects?

Grade 8 only 30 Percent Scored at or above Proficient.

Grade 4 39 percent were At or above Proficient. That means 61 Percent of Florida students are not proficient readers.
Do you realize that in 2013 only 39 percent of 12th graders, 30 percent of 8th graders and 30 percent of 4th graders read at a Proficient level? What does that mean for the workforce for the State of Florida? Or more importantly the future of those children?
https://nces.ed.gov/nationsreportcard/reading/

Information below is from the 2017 Florida Department of Education website. 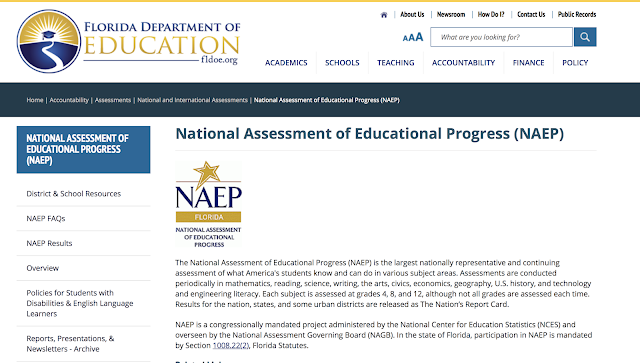 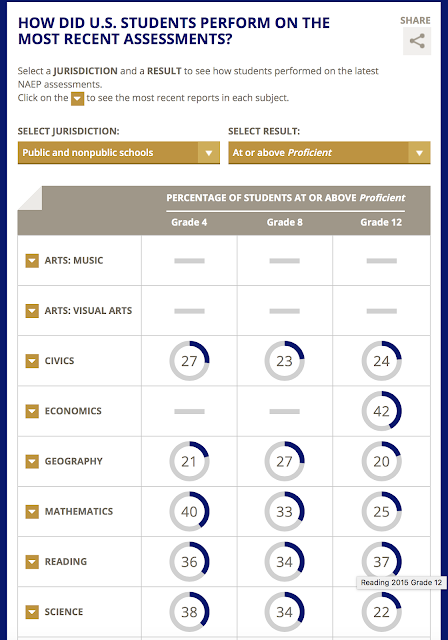 ONLY 37 percent of U.S. children are proficient in reading at the 12th grade. That bodes well for their future, doesn't it? You could tell they were in for trouble with only 36 percent being proficient in the fourth grade.