The Lion King and the Democrat's Impeachment

Identify the Hyenas. They are those obedient, slavering, bullying pawns of Scar's hatred. They carry out Scar's commands. Scar is the resentful, jealous, hate-filled competitor of the Lion King, the true ruler.

Scar's plan is to eliminate his brother/competition. At any cost.

When it is found that Simba did not die with Scar's first attempt (Mueller Report). Scar concocts a lie to convince Simba that he is the cause of his father's death (Impeachment). Simba retreats.

And with Scar's success, the land goes arid. His subjects suffer. All prosperity nurtured by the true ruler disappears.

It does not take much imagination to see the symbolism of this movie displayed in the current political situation. Hillary Clinton is Scar, behind the curtains pulling the strings sending Nancy Pelosi (Shenzi) forth to guide the Hyenas. 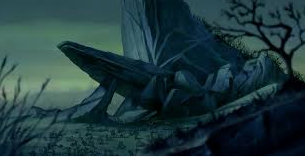 Should this impeachment succeed thus will go our country. All prosperity achieved by the duly elected president of our country will disappear. The new rulers will threaten their subjects into obedience with dictatorial power. The rule of law "innocent until proven guilty" already defunct with Democrats will replace the legal system of our country.

What an excellent picture of this "Impeachment" (coup) of our president and the potential consequences should they succeed.

Posted by Sharman at 6:41 AM No comments: