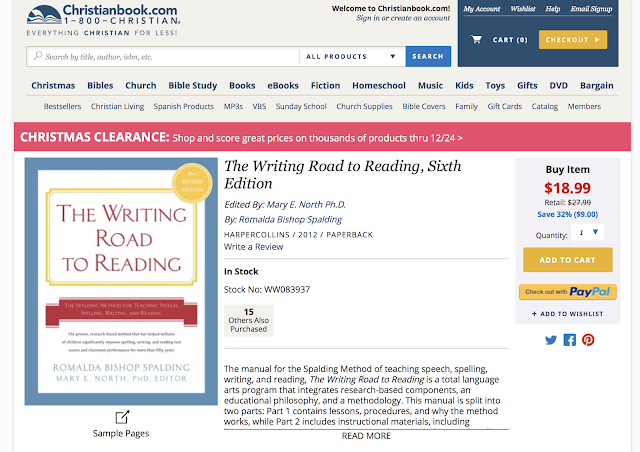 I know it is hard for people to understand, but there are those among us who really want excellent academic opportunities for our children. Not just our children. But all children. And we are willing to step out and advocate for what WE KNOW WORKS! For a true academic education that opens doors and opportunities.

And so, in Dothan, years ago, my husband and I got involved with a group of like-minded, dedicated people and really tried.

Motivated by the students in my Henry County, Alabama classrooms who could not read their textbooks, I set out to find out why?

I tried to share what I saw with the elementary teachers. After talking about the large number of my seventh and eighth grade students' inability to sound out words, the principal walked in, after having missed hearing anything else I said, and announced, "If we were to tell them not to say ain't out on the playground they would laugh us off the field."

When I could finally pick my jaw up off the ground at the inanity of his comment, I realized how hopeless my efforts were.
But, then who could stay in a place where when you tell the administrators that children cannot read; the Assistant Superintendent tells you "Well, just read the test to him."

That was the same stupidity that reigned when I went to the Director of Instruction at Dothan City Schools to tell him that the Computer Assisted Instruction program the IBM Writing to Read Program was ineffective and showed him the research. He told me they had too much invested to change now. (I wonder if he got any kickbacks on putting all those computers in the schools. (forgive my cynicism). I saw too much of what else happened in those schools not to doubt everything.

The authentic program Spalding Writing Road to Reading is cheap and effective. The pretender, The IBM Writing to Read Program, is a dud according to Dr. Robert Slavin.

But, back to our proposal. I had read a publication by the Republican Platform Committee that reported on Charter Schools in Arizona that used the Spalding Writing Road to Reading to great effect with children learning to read the first time, English as a second language and for remedial reading. Somehow we were directed to John Winston, principal of Parks Elementary Natchitoches Parish School Board

In one year, Mr. Winston had brought his first grade students from three housing projects up from the 25th to the 80th percentile of reading. From 40 identified dyslexics the number fell to about 2 or 3. And because the students were successful, discipline problems also disappeared. Pretty good record, we thought.

We paid for Mr. Winston to come and speak to our administrators and school board.
But the powers that be at Troy University Dothan sent out the call and those students under professor Dr. Patty Fritche showed up in full battle gear to defend their Progressive Agenda -- the Whole Language Method that Dean Kunkel of Auburn told me was "current wisdom" when I asked for research to support it.

They won. The children lost. And now we have the most academically bankrupt, morally depraved curriculum of all -- COMMON CORE. 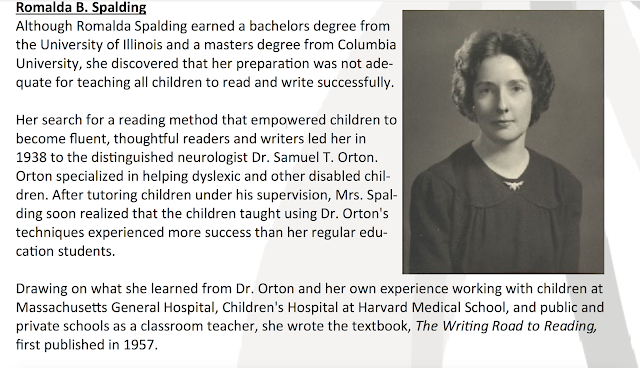 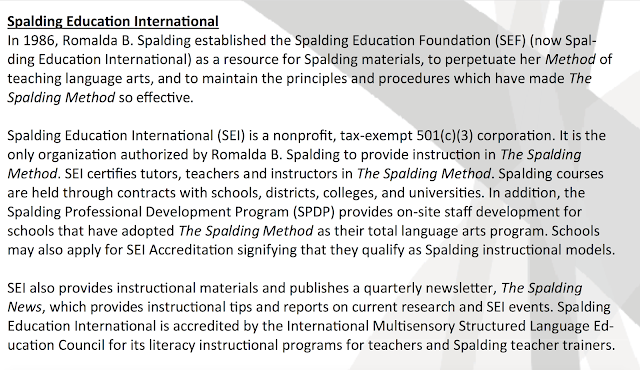 The rudeness of that school board to those we invited to address them on this method was appalling!

Again I heard that my husband and I were out to profit from this. (NOT!) Indeed, we invested in bringing this gentleman to our town to bring a better curriculum there for ALL children! And look how cheap it is! 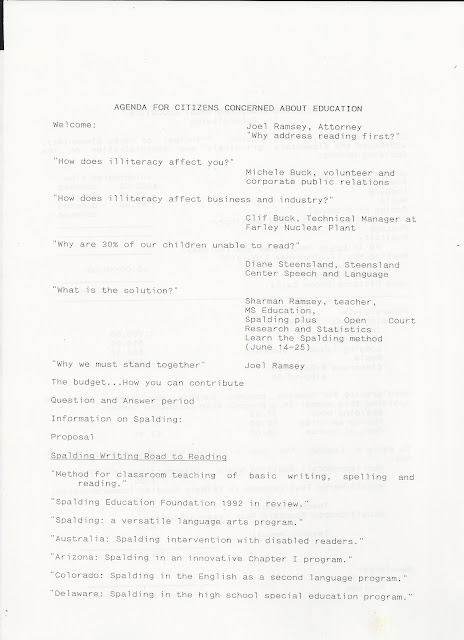 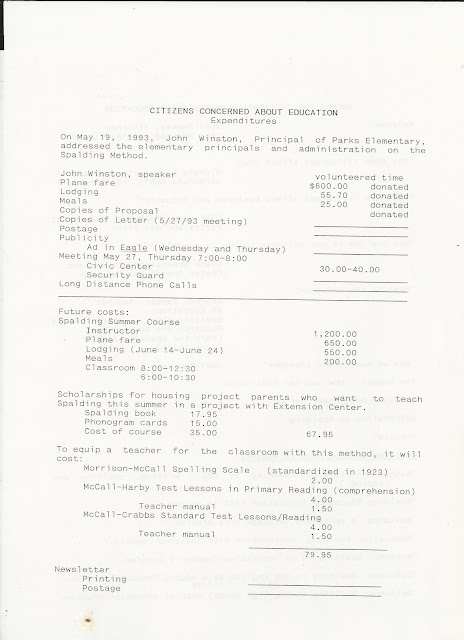 I cannot help but wonder how many of our students would have had better jobs and opportunities, stayed out of crime, had these narrow-minded, self-centered, self-righteous soldiers of Progressive Education opened their eyes to something that REALLY WORKED TO EDUCATE CHILDREN! 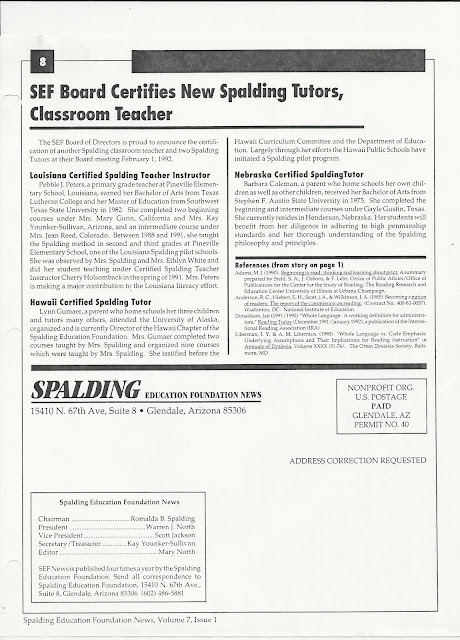 I hope that fine man is doing well. He made a difference in many lives. I only wish Dothan and Henry county could have benefitted.

Of course, if you buck the system and really try to make a difference with effective academic curriculum, you will be:
Or you can just chalk it up to doing what the good Lord put you here for. He did not put us here to take up space, go along to get along, or you scratch my back and I'll scratch yours. He put us here for some purpose. And if making a difference in a child's life isn't one, I don't know what is.

Join the Eagle Forum and we can combine forces. It will take a lot to get COMMON CORE out of our schools. But our children are too important to give up on.

This chart is from a report on the progress of Alabama schools on the Alabama Reading and Math Test about the time we invited John Winston to Dothan, Alabama to present to us his successful Reading program. 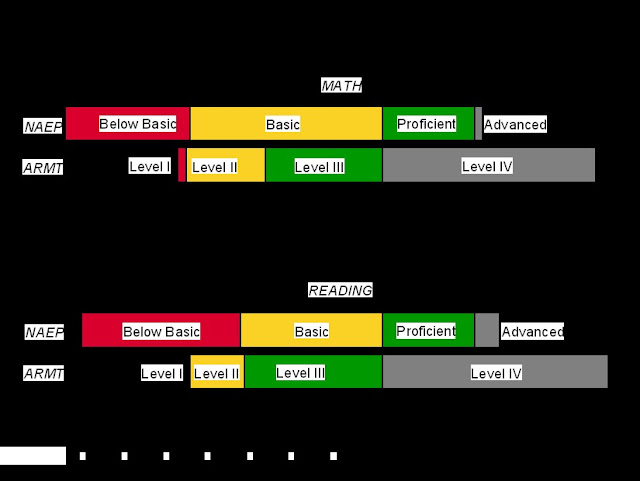 Septtember 23, 2010  In response to the Dothan Eagle Article written by Jim Cook on September 22 titled "Progress"

Dear Mr. Cook:
I went to the website you cited and looked at the PARCA scores.
Looks like the school system has gotten themselves a brand new Music Man.  How can one compare apples to oranges and expect to know what they are looking at?  The National Assessment of Educational Progress is a nationally administered test that apparently shows that over seventy percent of Dothan 4th grade students score only basic or below basic in Math and Reading.
What is this green cell business?  Another way to obscure facts and demand more money?
(Mr. Cook's response:
"The test score results listed the percentage of students who scored above state averages at level 4, the highest level of proficiency, on the Alabama Reading and Math Test. The report broke down student results into individual cells based on grade level, subject and demographic subgroup. If students in an individual cell, for example third grade non-poverty math, scored above the state average, the cell was considered “green.'”
What part of that didn't you get?)

Once again we shall blame the socioeconomic factors for the poor scores which enables white parents (who are the power structure) to blame the Black and poor students for the poor showing of the schools.  If it isn’t affecting their child we’ll continue trusting those in control.

The methods that best help the black and poor students are those used every day in the private schools as proven by Project Follow Through, a billion dollar project conducted right after Head Start began, that is continually ignored by Progressive educators determined to impose their agenda on the schools.

But as long as they can get the newspaper to report their PR as they do every year on how much they have improved, things will never change.

Why not tell parents that according to the charts on that website, it would appear that only a few more than 25 percent of Dothan City 4th grade students score in the proficient range on Math and Reading according to the National Assessment of Educational Progress while this PARCA test deems that good enough to call it over 50 percent Level IV.

It is all in the sell.  Progress.  I only wish.  The only progress is the fancy Promethean board featured on the front page of the Eagle that cost lots of money and yet…has anyone determined that it is more effective than a good teacher with piece of chalk and a black board in a portable classroom (like I paid for my children to get at Northside Methodist years ago and with which education 2 now have masters degrees and one an Engineering degree)?

I say let’s say we won in Afghanistan and Iraq and leave.  By my way of judging success we’ve won.  Just as much as Dothan City Schools has won the battle of their failing schools.
Is anyone besides me upset with the masterful job of dissembling the public schools are participating in with the interpretation of these scores?

From my reading of this chart that I copied from the website cited by the Dothan Eagle:  http://parca.samford.edu/dothan.html it looks to me that of the Dothan students taking the NAEP (National Assessment of Educational Progress) over 70% score basic or below basic levels in Reading and Math.  Since no one really has clue what the PARCA test is or what being “in the green” actually means (except for those folks walking away from Dothan “in the green”), one must wonder why the NAEP scores are never mentioned.  Today, more discussion in the Eagle focuses on blaming the socioeconomically disadvantaged for these scores.  In 1992 a group of concerned parents brought John Winston, who had adopted the Spalding Writing Road to Reading (a reading, writing, and spelling program) to his 98% minority elementary school in  Natchitoches, Mississippi which served 3 housing projects.  This shift in curriculum to direct instruction with an effective curriculum brought the school from the 25th to the 80th percentile in reading scores in the first grade in one year and decreased the number of "dyslexic" children from 40 to 1.

Our school board arrogantly refused to consider the program and, listening to their “experts,” went instead with Whole Language.  The Dothan Eagle should hold them to account for their decisions.  This is the result.

The PARCA people, with their creative eco friendly green score sheet for performance, want to blame the low scores on those children.  I submit that it is the curriculum that is condemning those children to the low socioeconomic conditions they choose to blame.

By the way, how much does a Promethean Board cost?  What was the cost of educating the teacher to use such a board?  How much is PARCA being paid?  Did you know it would have cost about $100 per teacher to train them with the Spalding Method and we would have seen the results John Winston saw with the population the PARCA folks are blaming for the system’s poor performance.  But, the beat will go on and we’ll all be real “proud” of our schools because they are quite effective with their propaganda.

I wonder what part of this Mr. Cook doesn't get.
Note:  There are good teachers throughout our school system who would willingly use the methods that work, if only the administration were not so intent about being "innovative" and trying to earn points with their colleagues in the education establishment.  The problems begin in the colleges of education with those who produced the problems now educating the teachers who will continue their example.  The scary part about the government's current thrust for a common core curriculum is that it undermines local control of education and therefore our own community cannot return to those methods that produced schools that were the glory of the state.  It used to really mean something to say you came from Dothan City Schools because our schools were the model for excellence.  That was when Faye Evans and those before her headed the school board and the bylaws required sequential education.  Our most recent school boards have gotten an "expert" to rewrite the bylaws and now the requirement is thematic.  This is a complete shift in the philosophy of education.
Visit Providence or Northside Methodist and you will see traditional education.  It isn't the socioeconomic condition of a child.  It is the curriculum.
More on this in other articles on this website.
.

Posted by Sharman Ramsey at 2:23 PM
Email ThisBlogThis!Share to TwitterShare to FacebookShare to Pinterest