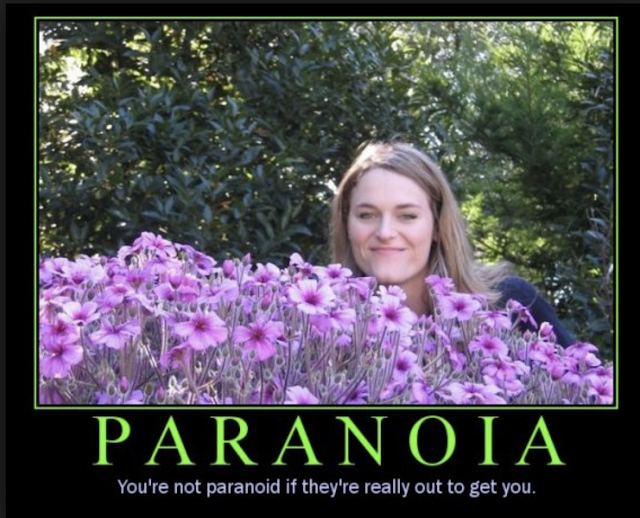 I wrote this in response to one of my Facebook Friends comments:  "I had some contact with the "Eagle Forum" during the years I taught in Shelby County. Talk about conspiracy theories and fear gone wild...

I responded:
Conspiracy theories? Have you read Human Capital or the Whole Language Catalog written by Ken and Yetta Goodman? You know Ken Goodman wrote "Reading: a Psycholinguistic Guessing Game" and through the support of the International Reading Association (of which he was once President) and publishing through various organizations that support that agenda managed to promote those theories and his own career.

What is a conspiracy?
"a belief that some covert but influential organization is responsible for a circumstance or event."

In the Whole Language Catalag, Goodman quotes Paulo Freire, a defrocked Marxist priest who once advocated liberation theology in Nicaragua who became a philosopher of Whole Language advocating liberation pedagogy.

"
"Politics is the soul of education."
"All instances of education become political acts."

Freire was invited by Harvard to be a visiting scholar. He was instrumental in changing the Math curriculum to "radical math." Go to the Radical Math website and tell me there's not an agenda. http://www.radicalmath.org/docs/SJMathGuide.pdf

* WL "self-consciously connects itself to political, economic and cultural issues," it is destined to come into opposition to "the political right of the United States " (Apple, 1991, p. 416).

Another hero mentioned in the Whole Language Catalog is Lev Vygotsky.

And I thought we teachers were trying to create educated citizens of our wonderful United States.

Do you think that if parents had known this philosophy was behind the "Progressive" agenda that was imposed top down from the Department of Education it would have been approved? The public blindly accepts that those in education are altruistic in their dealings with their children. They believe educational theory is based on research and not just "current wisdom" as Dean Kunkel of Auburn University told me when I requested research supporting the Whole Language method that had produced the illiteracy i saw in my classroom.

As a new teacher, I bought everything I was taught hook, line, and sinker -- and became completely disillusioned through my study of reading research.

A proficiency in reading is the most important determiner of success, the most basic building block for an educated populace, the foundation for freedom and free thought.

As Joseph Heller writes: "Just because you're paranoid doesn't mean they aren't after you."

These women of the Eagle Forum have done Trojan's work in research. It is a shame our education establishment is controlled by a bunch of radicals and supported by a complacent Army of union members who circle the wagons and refuse to challenge the status quo because they are afraid they will lose their jobs -- a truly valid concern.

For example, Democrat Sen. Al Franken asked Betsy DeVos to explain her thinking on whether test scores should be used to measure students' proficiency or their growth. That "gotcha" question was intended to separate her from the "education specialists" -- in other words, those who caused the problem and intend to keep the power within their ranks.

How in the world did generations of children learn before such nonsense? Generations of children and immigrants learned to read English with Websters Blue Back Speller. They read books like those in the library of the Indian Agent, Benjamin Lindsey listed on my website:  http://www.southern-style.com/Reading%20List%20for%20Adults.htm.

And we all sat back and allowed the education establishment to rewrite our laws (David Hornbeck, author of Human Capital came to Alabama) according to their Goals 2000 agenda that shut out parent groups reading the books our children read or having a say in the curriculum. 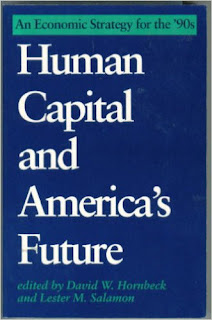 By the way,  Human Capital suggests gaining control of the schools by creating a "sense of crisis" and then take it to the courts ready to present a remedy that empowers the group that created the sense of crisis. We see that technique often at work in today's world.

No conspiracy? I beg to differ. They simply are not secret about it. But no one can believe that such a thing could happen here!

Read Hillary's accolades to Sol Alinsky in her senior thesis. Follow her later involvement with him. Track the movement through the National Center of Education and the Economy. Read Human Capital and Hillary's letter to Marc Tucker.

I am very happy we can have civil discussions about these things now. I just wish the profession that should be the most free to have the greatest interchange of ideas is the most closed to debate! And they train their students to protest against opposing opinion. This is America?

It is time for America to wake up and smell the roses. Those little snowflakes on our college campuses rioting and seeking safe rooms didn't just happen overnight.

Just so you can see how long the politicization of our classrooms has been going on.

At a conference in April 1989 Diane Ravitch, the well-known writer on education and professor at Columbia's Teacher's College, deplored the tendency of many global educators toward moral relativism which, she noted, leads them to say, "Don't be judgmental, accept the other person's values; don't impose your views." To this she replies, "If they take their side, and we take their side, who will take our side? Who will champion the values of freedom of the mind? Who will defend the values that we hold dear if we do not do so?"

Posted by Sharman Ramsey at 4:26 PM
Email ThisBlogThis!Share to TwitterShare to FacebookShare to Pinterest