So, Who Do We Hold Accountable? We Are Told Parents Who Just Don't Care. 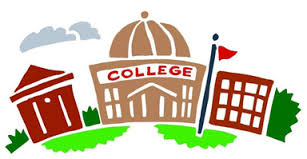 "Rightfully disagree with most of what you have written"

Several things I have posted on Facebook and then included in this blog elicited this response "I rightfully disagree with most of what you have written" from a Friend of mine on Facebook who was a local University President and Chairman of the School Board that implemented these policies.

Your experience was as a university administrator, president as a matter of fact. Perhaps you were the one who hired the professor, a former kindergarten teacher, who carried the Whole Language Catalog under her arm as she walked the halls of that university. And maybe you also hired the professor who led the hootenanny supporting Whole Language at the board meeting where members of the board and administration refused to meet with the principal who had seen such amazing results in her school using the Spalding Writing Road to Reading, a systematic, intensive, direct and early method of reading instruction, a method and philosophy contrary to Whole Language instruction. We flew her and John Winston, another principal whose school improved drastically using Spalding Writing Road to Reading to Dothan to share with our administrators a program that offered our children a proven better way.
And then, you had experience as a chairman of a board that implemented most of Goals 2000.

I don't blame you for our poor reading scores. You only have a Ph.D. in Administration.

My experience was in the trenches in a poor county and as a mother who wanted my children to have the best opportunities.

Were you the board chairman who hired someone to rewrite the by-laws for our school board changing the requirement that learning be sequential in Dothan City Schools to thematic and inferential? I don't blame you, everyone else was doing it? How would it look if our system did not do so as well? Were your colleagues in the education establishment impressed?

But, I would love to discuss with you the consequences or your choices.

Our group had no reason other than the good of our children at heart. We spent our own money. We were not supported by taxpayer dollars to implement programs that elevated professionals in the eyes of their colleagues through papers they would write for publication in "scholarly" journals. We did not use our city's students as guinea pigs for their dissertation.

I could name names of those who did just that, but I won't.

Our eyes were on children who could not read and whose futures would be limited because of it. I do not challenge your credentials or your intentions (all of which were high-minded and what you saw as the good of the children/community, I am sure). I do challenge and, as you say, rightfully so, the consequences.

And because I know what a good man you are, that is why I, rightfully, request the opportunity for America's parents to have a choice OUTSIDE the dictates of colleges of education and their failed methods.

By the way, the Whole Language method of teaching reading has now been thoroughly debunked (once again) and Phonics has made its way back into the classrooms of our country, though reluctantly so by those who brought WL into our classrooms. They still claim an erudite "eclectic" approach. It had been thoroughly debunked when first implemented by all of Dr. Jean Chall of Harvard's research as reported in her book, Reading: the Great Debate --- way back then!

And besides, those who should be accountable have by now retired and are receiving a check that remunerates them for the exalted positions they held in the administration and for their implementation of "innovations" in our school system.

Sadly, the children affected by that lunacy are now adults limited by their education. They continue to be the ones who pay the price for those choices in "innovation" and "current wisdom."

So who is accountable? Shall we blame the Voters? Tax base? Newspapers too lazy to do their own research on the effectiveness of programs presented, but become the public relations arm of the school system? The Taxpayers? The Unions? The Department of Education?

Oh, no! Let’s blame the parents for producing such defective children! That works! That works with parents with successful children confirming their belief that they are superior parents.

All others must realize their children had disabilities. Or parents who just didn’t care.
Posted by Sharman Ramsey at 11:04 AM
Email ThisBlogThis!Share to TwitterShare to FacebookShare to Pinterest