DELPHI TECHNIQUE, CHAMBER OF COMMERCE, AND THE EDUCATION ESTABLISHMENT CONVINCED THE GULLIBLE NATION TO BUY INTO COMMON CORE 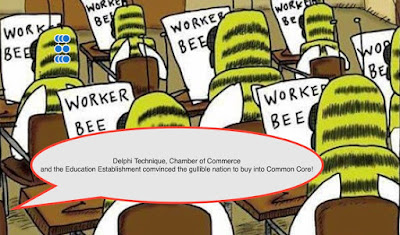 So, what is the Delphi Technique? Let the Chamber of Commerce tell you. 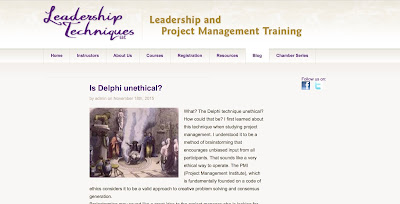 According to Leadership and Project Management Training with its Chamber Series-- obviously a technique that one must consider the ethics of using. Possibly unethical?

"The gist of it is that the technique is used to reach a predetermined conclusion. In other words, to manipulate the group. It has evidently become popular within politics to give the impression that public input is actually having an impact on decisions when in reality, the decision has been made already, and the group is being guided, unknowingly, toward that end."

That does sound unethical, and to be sure maybe we should look at the definition of 'ethical'. I think we all know and understand what is and isn't ethical behavior. It's doing the right thing for the right reasons. However, the actual definition of the word places it in the context of the standards of the profession.

There is an old axiom that the only difference between motivation and manipulation is intent, and I think that is the issue here. In our world of project management, we strive to act in the most ethical manner possible at all times. There are ethical ways to employ the Delphi Technique and there are unethical ways to use it to manipulate data and people. Therefore, the technique itself is neither ethical nor unethical. Techniques and tools do not differentiate between right and wrong, people do!"

Consider the difference between motivation and manipulation. But of course, the ends justify the means.

And money was surely never the motivating factor...
That nearly $2,000,000 donated by Bill and Melinda Gates to the Chamber of Commerce Foundation to support the Common Core Standards had nothing to do with it their support and complicity in the adoption of Common Core!

They didn’t really process communities to support this agenda without knowing the results of pilots and knowing the consequences of those Standards, Curriculum, and Assessments on a trial group. Surely they would not make the entire nation of children guinea pigs. Would they? 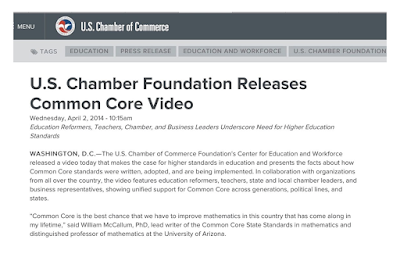 And who funds the US Chamber Foundation?

Notice the Harvard connection of Dr. William McCallum who claims in this Chamber film to be the lead writer of the Common Core State Standards in Mathematics and distinguished professor of mathematics at the University of Arizona. What does that mean other than connections with Bill Gates...

and the advocates of Radical Mathematics 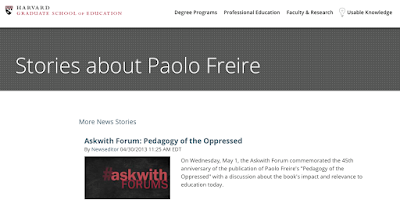 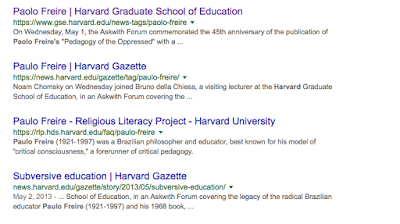 Dr. James Milgram disagrees with McCallum about his Mathematics "Standards" and refused to sign on to those "Standards" after serving on the committee. Apparently Jason Zimba who also claims authorship of the Math Standards admits Milgram is correct.

What about Bill Gates to UNESCO and the World Core curriculum? Might there be some influence there on Common Core? 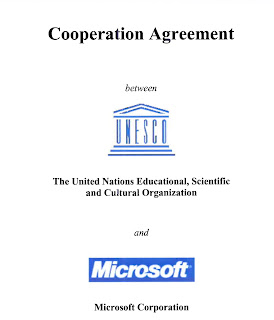 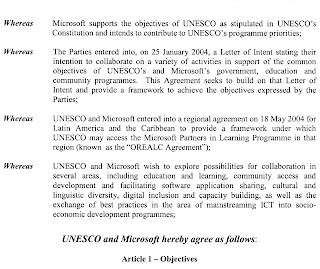 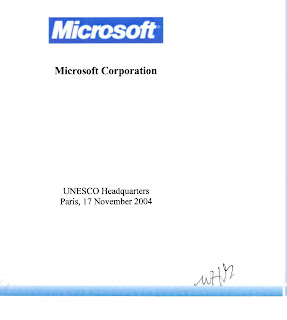 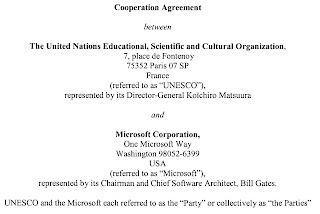 What!?  The University of Florida might use the Delphi Technique? 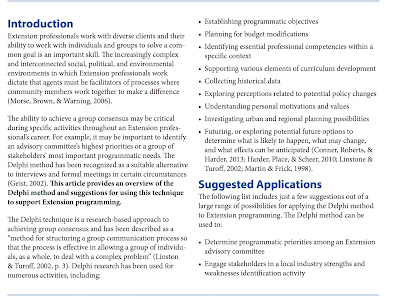 The National Governor’s Association and the Council of Chief State School Officers only have the best interest of our children at heart and they would surely make sure there had been enough research done on Common Core before subjecting all children in this nation to a curriculum.  No? Gates money entered even here? And who is Florida’s Chief State Officer? Pam Stewart. I assume her B.S. degree in elementary education, her Masters in Counseling and certification in Educational Leadership surely qualifies her to determine the curriculum for all children in Florida. We know she is supported on the Board by the guy (Olenick) who headed the legal defense for Jeb Bush in the A-Plus (Goals 2000) Education Plan. (See also: https://sharmanbursonramsey.blogspot.com/2017/11/response-to-alcom-article-alabama.html)

In Dothan, we were processed through Delphi at Northview High School and the eventual product wound up with hiring someone to rewrite the Board’s Bylaws and changing education from SEQUENTIAL learning as our local board then required (pre 1990) to THEMATIC INSTRUCTION. Oh, yes, phonics was banned because it took drill and repetition to teach children phonemic awareness and as you can see, 21st century learners “balk at rote learning and memorizing.” 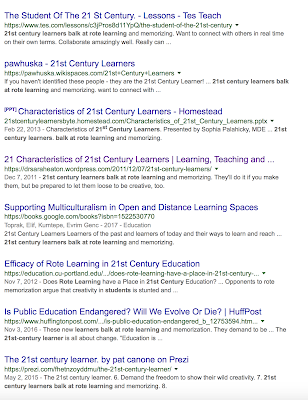 Just in case you didn't know.

And now, called "21st-century skills”, and it is generally used to refer to certain core “competencies” such as “collaboration, digital literacy, critical thinking, and problem-solving that advocates believe schools need to teach to help students thrive in today's world.”

What proof they have of this, I have no clue. Other than as in the Alinsky Rules for Radicals No. 11, “If you push a negative hard enough it will push through and become a positive.”

"Skills based" learning rather than knowledge based would seem to me to rank right up there with one of those negatives pushed hard enough to become a positive.

This is what they mean by "skills based" rather than "knowledge based."

This is why students do not learn to sound out words after learning Phonics rules or learn addition, subtraction, multiplication, division tables. It is now against the rules to use DIRECT INSTRUCTION because they prefer INFERENTIAL-- guessing, estimating and risk taking are considered skills -- and they call that learning. (See also: https://sharmanbursonramsey.blogspot.com/2017/11/look-at-this-headline-and-now-according.htmll)

Project based group “learning” is for sociologists to succeed in making us all a part of a co-operative (socialism) undermining individualism (and capitalism). It isn't for academic excellence.

They say that Interdisciplinary project-based, inquiry-based learning is evident throughout the school. Interpreting Eduspeak that means THEMATIC INSTRUCTION, with subjects INTEGRATED into the lessons not SEQUENTIAL, yet sequential learning, direct instruction and old methods of Mathematics got us to the moon. (See Also: https://sharmanbursonramsey.blogspot.com/2017/11/look-at-this-headline-and-now-according.html

Just so you see this is nothing new. The same complaints as met Walter Johnson and his Project Method are coming forth from conservatives today. They then claimed that the specter of collectivism was sneaking into the schools and they had to be “sentinels” to protect capitalist America. 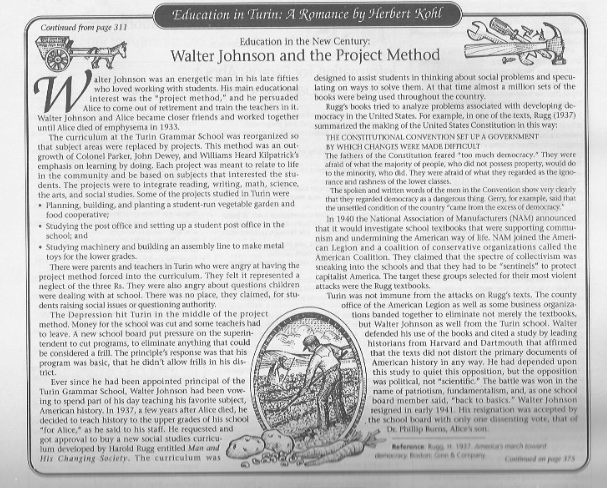 Guess what? These collectivists now determine the Standards for your schools, write the curriculum, and administer the tests collecting data on your children.

Enter Bill Gates. Bill Gates was the de facto organizer, providing the money and
structure for states to work together on common standards in a way that avoided
the usual collision between states' rights and national interests that had undercut
every previous effort dating from the Eisenhower administration 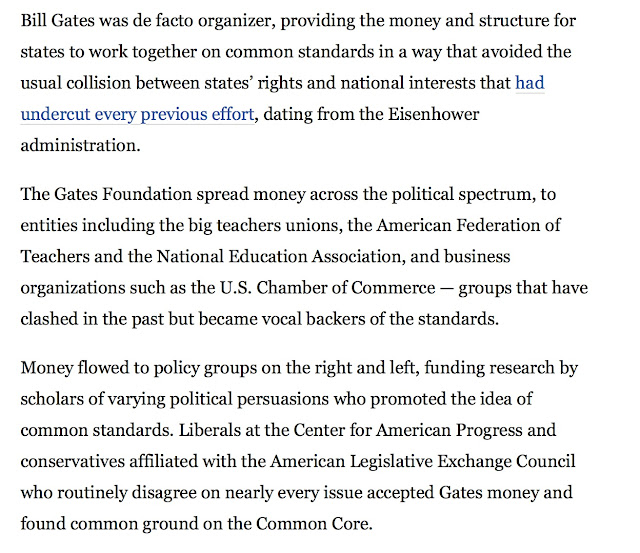 And here in Florida the Chief Economist for the Florida Chamber of Commerce is Jerry Parrish.

And what are his credentials other than also being a Harvard graduate? 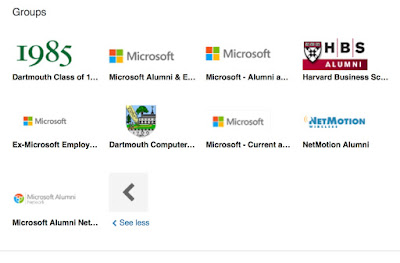 He is a Microsoft salesman!

"The idea that the richest man in the U.S. can purchase and --working closely with

the U.S.Department of Education--impose new and untested academic standards
on the nation's public schools is a national scandal."

The funding of the NGA (National Governor's Association) and CCSSO (Council
of Chief State School Officers) suggests where their accountability lies. Since 2007,NGA and CCSSO have accepted approximately $100 million from the Gates Foundation alone to advance the standards and the connected data-collection and assessments. These organizations do not answer to the people, they answer to an enormously powerful funder with a definite agenda. NGA and CCCSO also get substantial funding from the federal government for CCSSO, about half its operating funds).

Did Bill Gates agreement with UNESCO and aligning with the World Core Curriculum have anything to do with Jerry Parrish promoting Common Core to Florida? Does he know? Does he even care? Or could it be money? Power?

UNESCO was formed with the intention to serve as the world's school board.
The Bill and Melinda Gates Foundation didn't just bankroll the development of what
became known as the Common Core Standards. With more than $200 million, the foundation
also built political support across the country, persuading state governments to make systemic
and costly changes.

Bill and Melinda Gates, Obama and Arne Duncan are parents of school-age children, although none of those children attend schools that use the Common Core Standards. The Gates and Obama children attend private schools in Virginia, one of four states that never adopted the Common Core. Gates has said that one of the benefits of common standards would be to open the classroom to digital learning making it easier for software developers--including Microsoft--to develop newproducts for the country's 15,000 school districts.

The Florida and Alabama Chamber of Commerce are the PR arm of this agenda.

Where do you think this man's loyalties lie?

Much money is coming into the Florida Chamber Foundation through the Bill
and Melinda Gates Foundation. Certainly that is not considered an investment
for future gain. Do you think?

Surely sales opportunities would have nothing to do with his advice.

...Microsoft announced that it was joining Pearson, the world's largest educational publisher
to load Pearson's Common Core classroom materials on Microsoft's tablet, the Surface. That product allows Microsoft to compete for school district spending with Apple, whose iPad is the dominant tablet in classrooms.

And how about the sales of that data on your child collected through those computers?

With the national curriculum (COMMON CORE) in place, worker bees will be trained according to their vision. Plato's vision of the ELITE among us ruling is set! 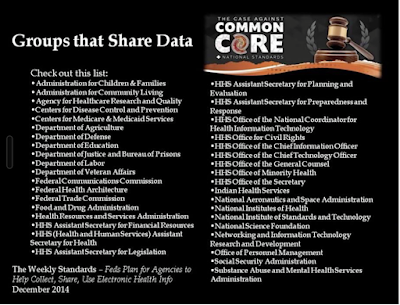 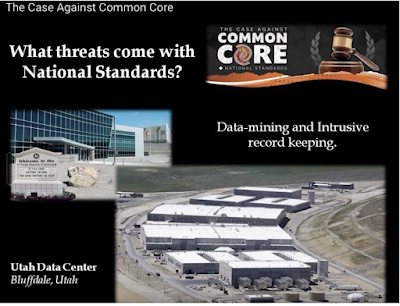 Who are you going to believe? Bill Gates or your lying eyes?

Thank you Goals 2000. Thank you A Plus. Thank you, Chamber of Commerce. Your PR and Delphi got the bylaws for our local schools rewritten and there went traditional education.

Posted by Sharman Ramsey at 7:18 AM
Email ThisBlogThis!Share to TwitterShare to FacebookShare to Pinterest