Why Should Conservatives, Christians and the Faith community be concerned about this? Subscribe to Panama City News Herald and get Washington Post Free 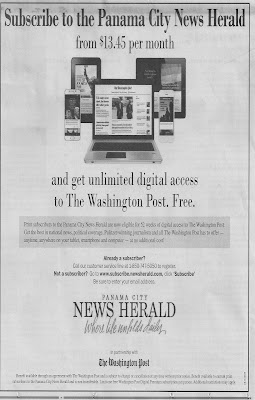 Why should Conservatives, Christians and the Faith community be concerned about this?

I'll bet you thought that the media were bias free and merely reported the facts.

I am a teacher with a BSE from the University of Alabama and a MSE from Troy University in Education and History. I have served as an adjunct professor of Western Civilization at Troy and Gulf Coast. I have also published novels of historical fiction and cozy mysteries. I have a website southern-style.com with about 10,000 unique visitors a month --- and I write a blog.


So when I see that a Washington Post reporter is plotting a liberal agenda with billionaire George Soros, I get concerned. You see, it is not only the Eagle Forum that is targeted as a hate group; it is D. James Kennedy's ministry at Coral Gables, The Family Research Council, American Family Alliance. In other words, those involved with the traditional values of our culture, our Faith, our country, the very souls of our children, are under attack by George Soros. As are others. 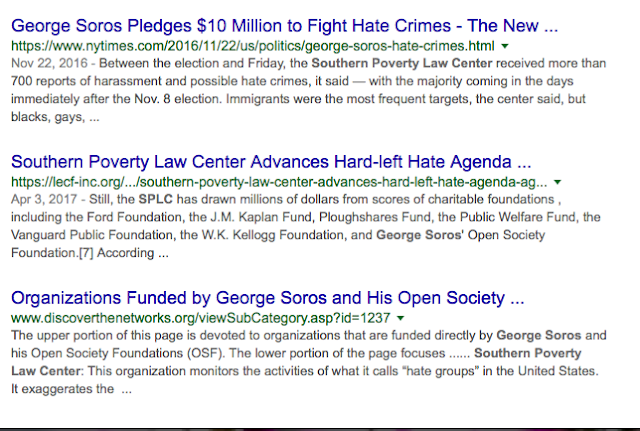 And recently, we discover that a Washington Post reporter is in cahoots with George Soros. 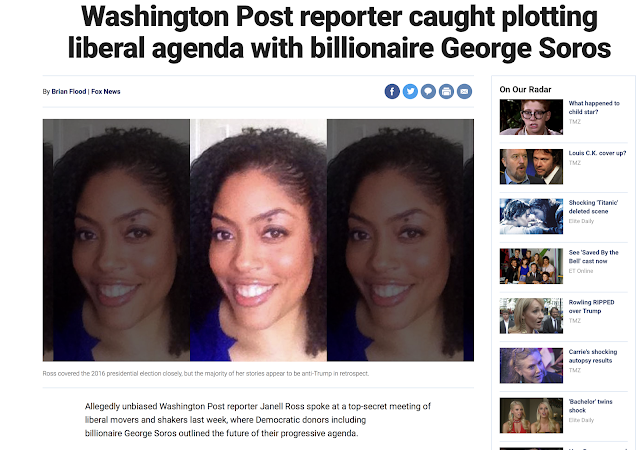 Apparently, it is a given that Media (capital M) is charged with opinion making. We have that straight from Mika Brezinski, the paramour (fiance') of Joe Scarborough, once a Florida Good Old Boy,  Alabama graduate, stalwart Conservative, now puppet of Mika and the Left. You can almost see her pulling the strings.

So, that is why Jeff Bezos, owner of Amazon, now worth $100 Billion dollars, bought the Washington Post from the Japanese who purchased Gateway.  I guess Jeff Bezos sees himself as an opinion maker... like Mika. 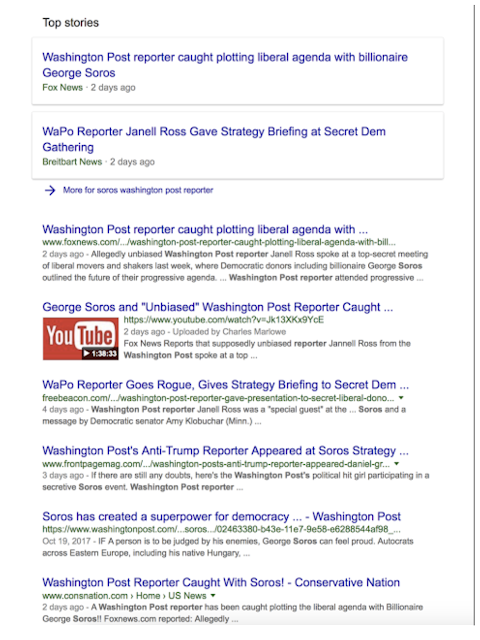 I do not know if you picked this up looking at the screen shot for this Google Search.

The Washington Post says, "If a person is to be judged by his enemies, George Soros can feel proud."

So when the Panama City News Herald publishes an article like the one on Sunday regarding Project Veritas, you might want to ask yourself why?

Could it be that Project Veritas revealed the George Soros' Open Society involvement of funding radical far Left movements in Europe and the United States? And the chicanery in stirring up trouble at Republican rallies? And funding Antifa, established by domestic terrorist Bill Ayers?

Soros was a big donor to Hillary Clinton and the Clinton Global Initiative, now shut down because Hillary and Bill no longer have anything to sell. 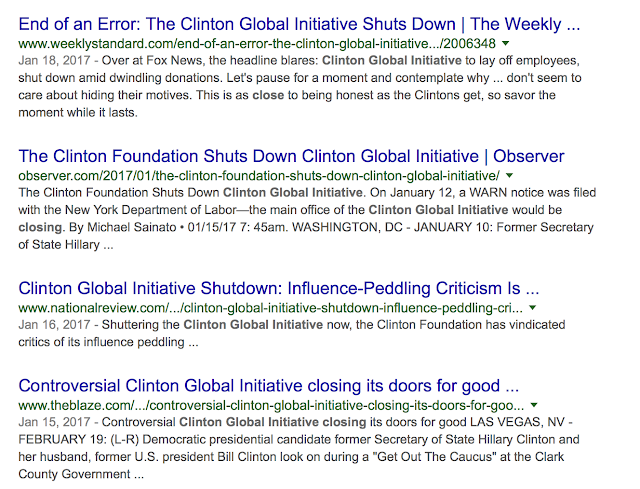 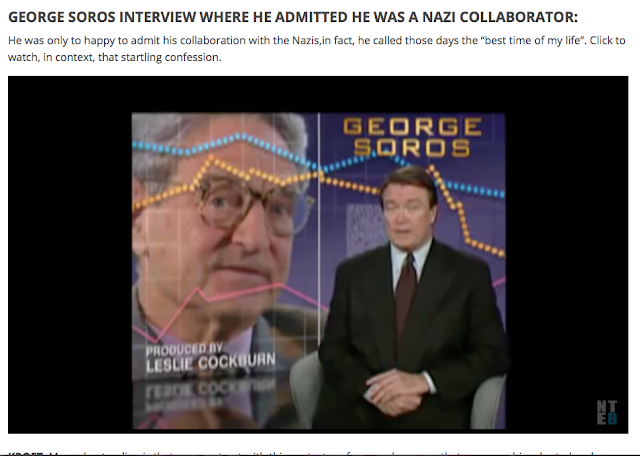 I just want to make sure you process this.

Kroft: My understanding is that you went out with this protector of your who swore that you were his adopted godson.

Kroft: Went out, in fact, and helped in the confiscation of property from your fellow Jews, friends and neighbors.

Kroft: I mean that sounds like an experience that would send lots of people to the psychiatric couch for many, many years. Was it difficult?

Soros: No, not at all. Not at all, I rather enjoyed it.

Kroft: No feelings of guilt?

Soros: No, only feelings of absolute power.

Soros is an advocate of Euthanasia so the Project Veritas revelation of the sale of Body Parts by Planned Parenthood would rankle with him. 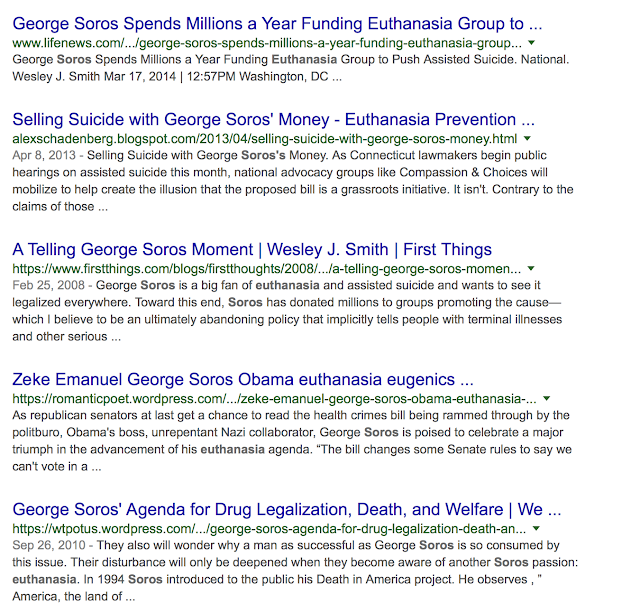 The man has no shame. 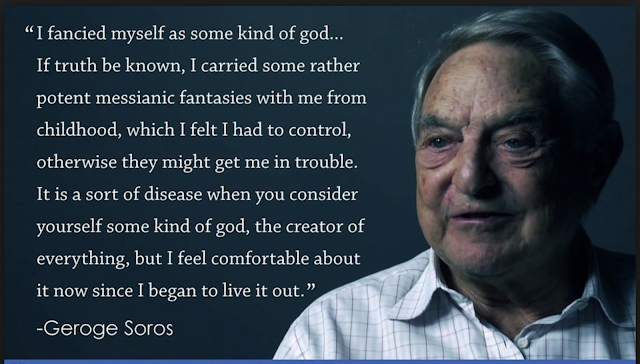 I have seen all of this before. Newspapers have changed, folks. They no longer print just the facts. They see themselves as opinion framers. As you can see from the qualifications for reporters, they need no life experience. Education writers are the PR arm of the Education Establishment and that is why you have Common Core. With Conflict Resolution/Values Clarification/Multiculturalism/Social Justice/and the Secular Humanism with which the worldview taught in school these days masquerading as Education our children are left adrift. But, that must match the "worldview" the schools of journalism instill in their students, just as the colleges of education do their students.

Newspapers now write what those people who purchase the most ads in the paper want them to write and that is to mold your opinion to whatever the cause. And so we have newspapers in the schools. For what purpose?

Did you get that?

"The Broadcast and Electronic Media Studies Program provides students with the worldview..."

.....Provides students with the worldview and skills for creative and responsible work in the television and radio industries. Broadcasting majors are taught to emphasize work that makes a positive difference in their communities and the broader world.....

.....If you're the kind of person who believes that the world deserves the clearest possible view of important news....

Provides them with a worldview?

So, when I went to the office of the Panama City News Herald and introduced Eunie Smith, the President of the Eagle Forum, to the Editor, he said he would have a reporter contact me to write an article on the Panhandle Eagle Forum and Common Core.

I called again and spoke to the Education Reporter.

Is there a bias against Conservatives in this newspaper, owned by the Japanese, but run by Gatehouse Publishing the original owner that once owned The Washington Post now owned by Jeff Bezos whose reporter Janell Ross colludes with George Soros?

Jeff Bezos is apparently a hands-on owner. "...hired a bunch of new editors and reporters lately." So, it is not foolish Conservative paranoia to see what has happened here.

Several months ago, I called and asked the Sales office if there was a special deal to get the Washington Post with the News Herald. They denied it. Said they could not recall ever having such a deal.

Maybe she was new. Perhaps they just had too much news. Perhaps she lost my number. Perhaps they don't think Common Core is a sexy topic. Perhaps they have been told that the Eagle Forum is a hate group by the Southern Poverty Law Center and they dare not mention such an organization. 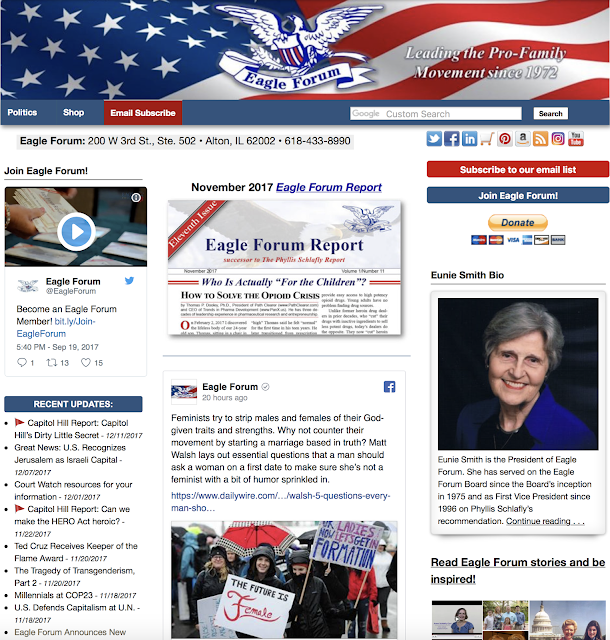 Or perhaps concern about the direction of our schools and our country do not fit in their Washington Driven Leftist Agenda?

Because today, my husband directed my attention to the ad that he had seen previously that inspired my original call to Circulation when I was told that such a deal had never occurred ...and which is belied by the ad in today's paper. (Dec. 14, 2017)

Look to the bylines, folks.

What do you think?

Education articles on this blog

Posted by Sharman Ramsey at 7:56 AM
Email ThisBlogThis!Share to TwitterShare to FacebookShare to Pinterest