We moved recently and articles from the past surfaced. With all the shootings in churches, schools, and on our streets, it is time to challenge the curricular decisions in our school systems and the Department of Education. When one takes a knee on a football field disrespecting the symbol of our nation and receives praise and honor and another takes a knee on the field honoring our God and is threatened with arrest or loss of a job, something is seriously wrong!

I suggest there is a connection between the disaffection of our children and love of country and obedience to civilized rules of behavior and curriculum in our schools.

Just what could be wrong with something that sounds so good?

Children need absolutes, not values clarification. Their first response when told to do something is, says who? When a group of one's peers "consensus" on an issue, children rightfully question what makes that opinion more valid than another? Peer tutoring and group learning have produced a Lord of the Flies environment in our schools undermining respect for authority.

Schools have ousted God and His absolutes. Nebuchedezzer sends his agent to find out if Daniel is praying and even our politically sensitized pastors support Nebuchedezzer. In this spiritual vacuum, values clarification (conflict resolution) encourages children to become their own gods (challenge the fixed beliefs of their parents [the supposed top of the pyramid of moral development]and do what is right in their own eyes).  A student in Littleton is shot standing up for Christ and bleeding heart Americans bemoan the fact that the Satan worshippers who committed the heinous act were rejected for their outrageous beliefs and behavior.

Yet, one of the major advocates of values clarification, Dr. William Coulson, colleague of Abraham Maslow, one of the most influential psychologists of our time has come to a change of heart. He writes regarding his Maslow:

"Maslow regrets...the many, many unwarranted extensions of his own theories of need satisfaction and self-actualization to children...In the last 18 months of his life he became convinced the therapeutic classroom never should have been tried."

"So I saw students being thrown back on their own devices. When that happens, what's likeliest to fall away are the absolutes of their parents and the commandments of their indigenous religious faiths."

Robert Muller, undersecretary to the UN and Director of the University of Peace in Costa Rica from which originated the International Educational Goals known in the USA as Goals 2000 is also the founder of the School of Ageless Wisdom in Arlington, Texas. His curriculum guide credits Alice Bailey, channel for the Ascended Master Tibetan Dwjal Khul, as the source of the curriculum. Robert Muller's webpage on the United Nations website is dedicated to global peace education and links to the company which provided Dothan, Alabama's conflict resolution materials.

A spiritual void will not remain empty. Just what have we unwittingly invited into our schools? 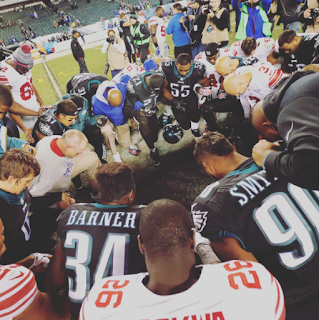 It is time to "take a knee" once again honoring our God. Let education dollars follow the child not the schools and give parents the option of choosing religious schools that respect their values.

For more on William Coulson's turn around visit: https://www.ewtn.com/library/PRIESTS/COULSON.TXT


Posted by Sharman Ramsey at 9:17 AM
Email ThisBlogThis!Share to TwitterShare to FacebookShare to Pinterest