Margaret Sanger the Founder of the Feminist Campaign against Life 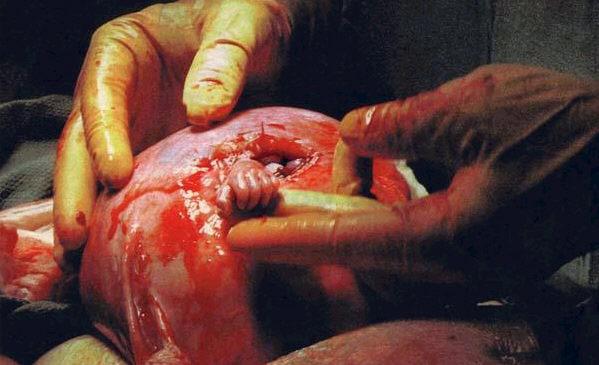 I admit I am NOT A FEMINIST. I claim no kinship to Margaret Sanger, a founder of the Feminist Movement, the Eugenics Society and the Planned Parenthood Association.  But the tentacles of her life reach forth into the contemporary world and meet at the ballot box and can surely make a difference in the future of our country. 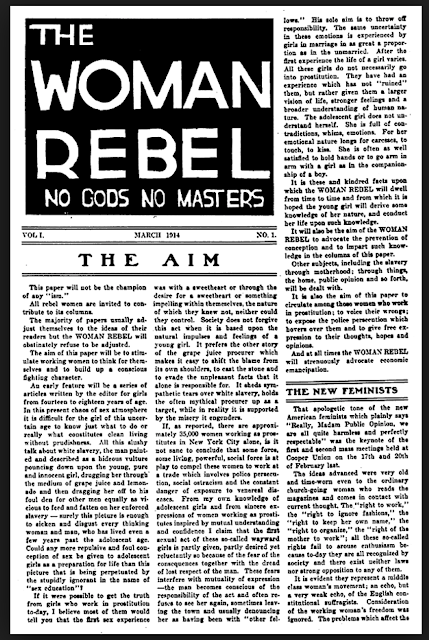 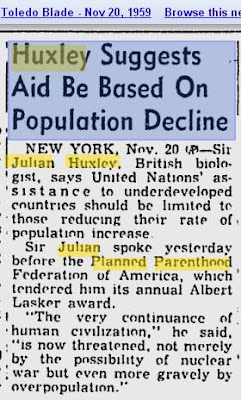 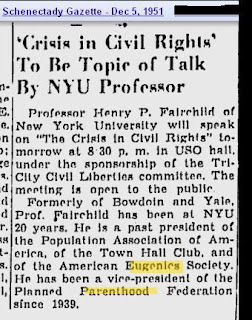 The hand reaching from the womb and Schweitzer's words affirm what science has learned about life.  I nearly wrote my Masters thesis on Margaret Sanger. That was when I considered myself an open-minded free thinker, an intellectual of sorts. And then I had children. The hand reaching out from the womb beckoned me because it reminded me that that developing little one was so much more than "ontogeny recapitulating phylogeny" as my old maid Biology teacher had taught.

If that fetus is life, then taking that life has a consequence far greater than say, squishing a mosquito or stomping a roach. It is more than simple tissue. That life carries the DNA of all who have come before and, if one is a Christian, it carries a soul. And I wonder, just as I wonder when Reading, Adding and Subtracting became politicized -- how did the question of life become political?

Has being Pro Choice become a litmus test for the Democratic Party? 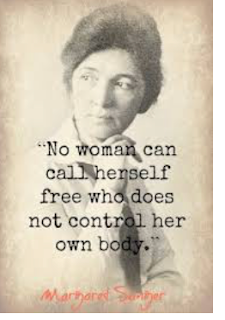 It's a basic question of human rights or so the Feminists say:
Are women sovereign citizens in our own bodies? If your answer is no, the Democratic Party shouldn't fund your campaign.” writes Jill Fillipovic, a journalist based in New York and Nairobi, Kenya, and the author of the book "The H-Spot: The Feminist Pursuit of Happiness." (CNN, August 5, 2017).

Not an original thought, apparently.

Margaret Sanger is their hero.

And then there is the National Review take on the issue and Hillary Clinton’s words regarding Abortion. “I believe there’s room in our party for a wide range of personal views on abortion,” Hillary graciously allows, noting her choice of “personally opposed” poster boy Tim Kaine as her running mate.
"But when personal views on abortion become public actions — votes on legislation or judges or funding that erode women’s rights — that’s a different matter.”

So, in other words, when a legislator actually legislates or a judge actually judges, views on abortion must be tossed out the window. On this, Clinton sounds just like every other Democrat: increasingly radical and eager to denigrate conscience rights for the sake of protecting abortion access.
Read more at: http://www.nationalreview.com/article/451403/hillary-clinton-book-abortion-shallowness

Hillary Clinton accepted Planned Parenthood's Margaret Sanger Award, named after the founder of the American Birth Control League, which changed its name to Planned Parenthood in the 1940s. In her remarks, Clinton singled out the namesake of the award for praise:
"Now, I have to tell you that it was a great privilege when I was told that I would receive this award. I admire Margaret Sanger enormously, her courage, her tenacity, her vision ... And when I think about what she did all those years ago in Brooklyn, taking on archetypes, taking on attitudes and accusations flowing from all directions, I am really in awe of her."
Clinton lamented that
"Margaret Sanger's work here in the United States and certainly across our globe is not done."
Here at home, there are still too many women who are denied their rights because of income, because of opposition, because of attitudes that they harbor. But around the world, too many women are denied even the opportunity to know about how to plan and space their families. They're denied the power to do anything about the most intimate of decisions."

Ironically, one of the groups that supported Hillary Clinton throughout everything is the Black community. I wonder if they really know her views on abortion as they channel those of Margaret Sanger.

A statue remains in Washington D.C.’s Smithsonian Institution commemorating the one person responsible for the deaths of more African Americans that any other in history: Margaret Sanger, founder of Planned Parenthood.
“More than 19 million black babies have been aborted since the 1973 Roe v. Wade U.S. Supreme Court decision legalized abortion in our country,” according to Michigan Right to Life’s website. “On average, 900 black babies are aborted every day in the United States.” Planned Parenthood is responsible for many of those abortions.
In August 2015, a group of Black pastors gathered in front of the Smithsonian’s National Portrait Gallery to make known their plea for the removal of Sanger’s bust from the museum. https://www.lifesitenews.com/blogs/as-statues-come-down-smithsonian-refuses-to-remove-bust-of-black-eugenicist

Please notice that the Euthanasia Society of America and Planned Parenthood had many of the same members and founders.  Their goals were the same. 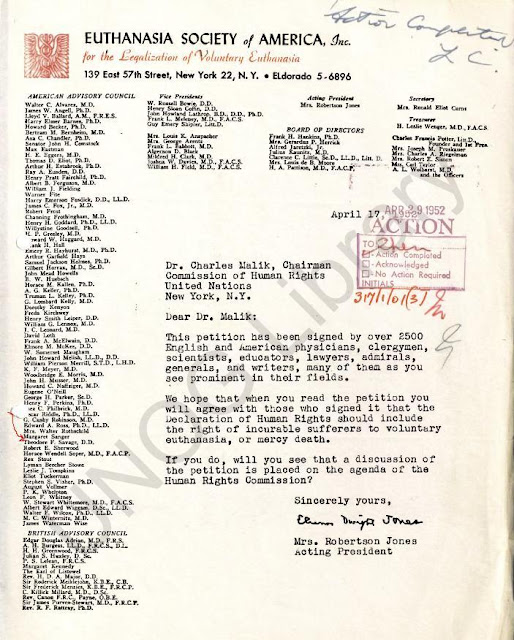 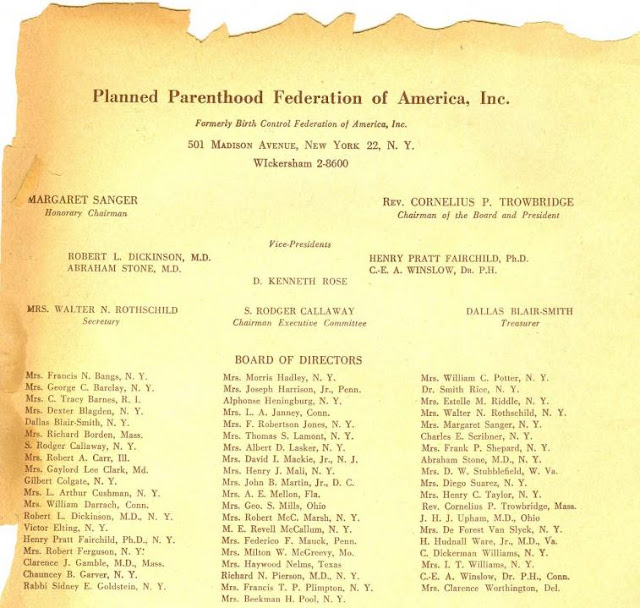 Mrs. Sanger, of course, wasn't the benevolent advocate for human rights that Clinton's remarks make her out to be. In fact, Sanger's "vision" for birth control seems to be united to a eugenic vision.

She abandoned her husband who tried to please her. Her parenting skills were so poor neighbors had to come in to care for her three children. Sanger adopted a lifestyle known as free-love -- often with frequent lover H. G. Wells, author of twelve novels, including  The Time Machine, The War of the Worlds, The Invisible Man and the Island of Doctor Moreau. Julian Huxley, author of Brave New World was a good friend.

In the October 1921 issue of The Birth Control Review, Sanger wrote that "the campaign for Birth Control is not merely of eugenic value, but is practically identical in ideal with the final aim of Eugenics." Sanger laid out the "principles and aims" of the American Birth Control League in an appendix to her 1922 work, The Pivot of Civilization. Two and a half pages are devoted to the principles of the American Birth Control league, which begins:
The complex problems now confronting America as the result of the practice of reckless procreation are fast threatening to grow beyond human control. Everywhere we see poverty and large families going hand in hand. Those least fit to carry on the race are increasing most rapidly. People who cannot support their own offspring are encouraged by Church and State to produce large families. Many of the children thus begotten are diseased or feeble minded. Many become criminals. The burden of supporting these unwanted types has to be borne by the healthy elements of the nation. Funds that should be used to raise the standard of our civilization are diverted to the maintenance of those who should never have been born. 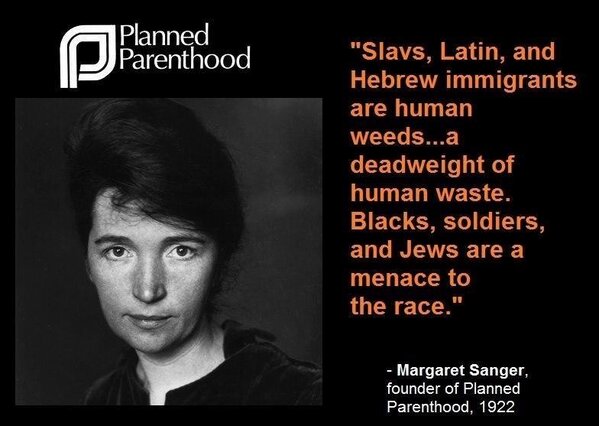 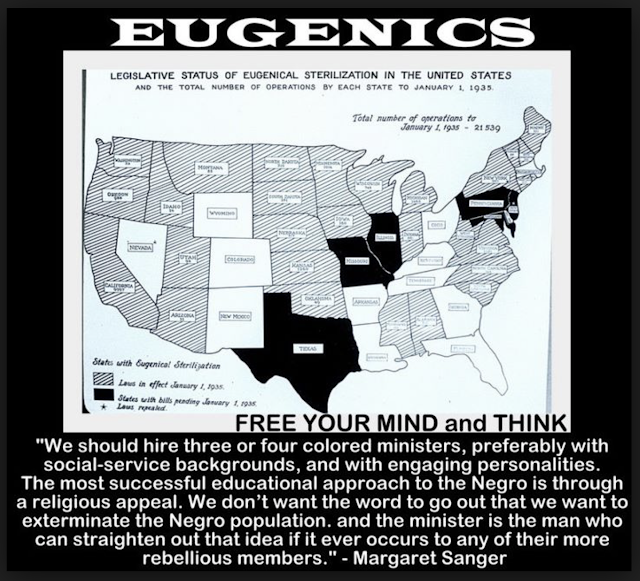 Sanger wrote extensively, leaving ample documentation of her life. She founded Birth Control Review, published from 1917 until the early 1940s, and was either an editor or contributor to this publication during most of its existence. Sanger’s relationship with eugenicists was clearly expressed in the pages of Birth Control Review from its inception. Eugenics also ‘soon became a constant, even a dominant, theme at birth-control conferences’. 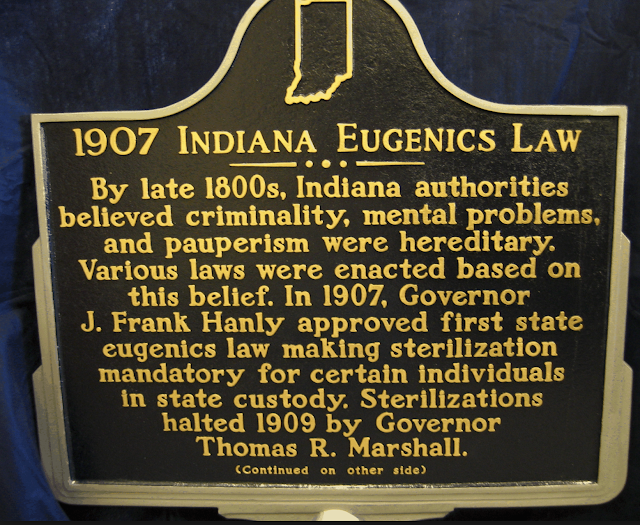 Sanger also made her eugenic views clear in her many publications, such as The Pivot of Civilization and Woman Rebel, stressing that birth control was not only ‘important with respect to controlling the numbers of unfit in the population’, but was the ‘only viable means to improve the human race’. For example, she wrote: ‘Birth control itself … is nothing more or less than the facilitation of the process of weeding out the unfit, of preventing the birth of defectives or of those who will become defectives.’ She boldly proclaimed that birth control was the only viable way to improve the human race. And while in her later years Sanger redefined what she meant by the unfit, ‘she increasingly saw feeblemindedness, the bogey of all hereditarians, as antecedent to poverty and social organization in the genesis of social problems.’
https://creation.com/margaret-sanger-darwinian-eugenicist

Notice the connection of Leon F. Whitney, former executive secretary of the American Eugenics Society, to Hitler. He endorses Hitler's sterilization program which is to be applied to 400,000 Germans considered defectives. He is in total accord with Julian Huxley, UNESCO's first Director-General and Margaret Sanger founders of the Eugenics Society and Planned Parenthood.

So, where will they prove this agenda? Who will be their general?

Listen to his words. 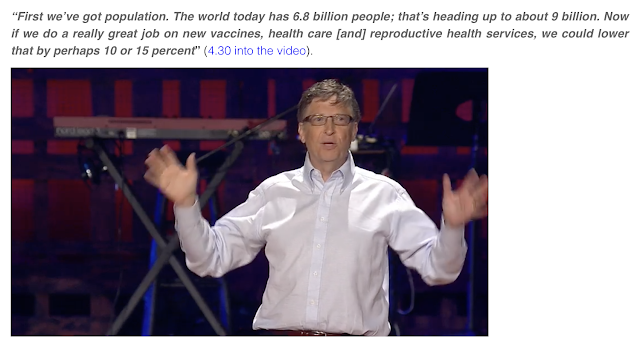 Let me repeat what he said  ..."First, we've got population. The world today has 6.8 billion people; that's heading up to about 9 billion. Now if we do a great job on new vaccines, health care [and} reproductive health services, we could lower that by perhaps 10 or 15 percent."

Now, how does this come home to you?
This is a homework assignment that is a part of Sex Education in Common Core. Find the best Abortion Clinic. 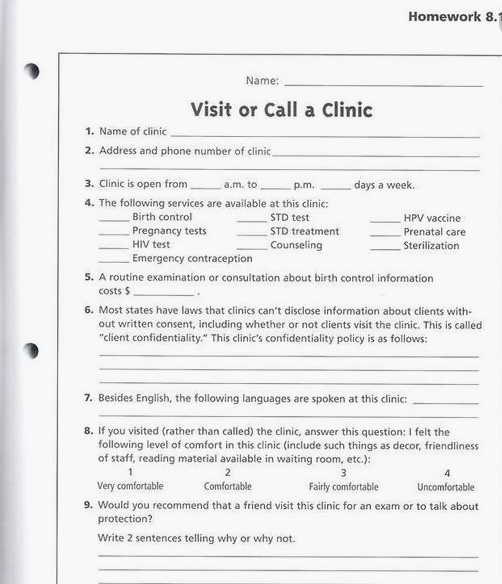 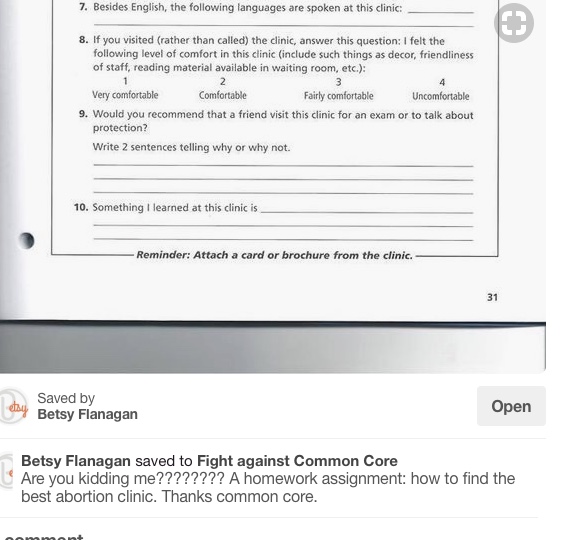 What does that have to do with Roy Moore in Alabama?

Let me quote Pat Buchanan:
The lives of millions of unborn may be the stakes.

Republicans now hold 52 Senate seats. If Democrats pick up the Alabama seat, they need only two more to recapture the Senate, and with it the power to kill any conservative court nominee, as they killed Robert Bork.
Today, the GOP, holding Congress and the White House, has a narrow path to capture the Third Branch, the Supreme Court, and to dominate the federal courts for a decade.
Pain-Capable Unborn Child Protection Act (H.R. 36)

The House voted on Tuesday to pass a bill that would make abortion after 20 weeks illegal in every state in the country. Called the Pain-Capable Unborn Child Protection Act, it's based on the idea that a fetus at 20 weeks' gestation can feel pain.

Pain-Capable Unborn Child Protection Act
This bill amends the federal criminal code to make it a crime for any person to perform or attempt to perform an abortion if the probable post-fertilization age of the fetus is 20 weeks or more.
A violator is subject to criminal penalties—a fine, up to five years in prison, or both.
The bill provides exceptions for an abortion: (1) that is necessary to save the life of the pregnant woman, or (2) when the pregnancy is the result of rape or incest. A physician who performs or attempts to perform an abortion under an exception must comply with specified requirements.
A woman who undergoes a prohibited abortion may not be prosecuted for violating or conspiring to violate the provisions of this bill.

This bill languishes in the House.

Guess who could bring it back to life? Is it any wonder Roy Moore is under attack?