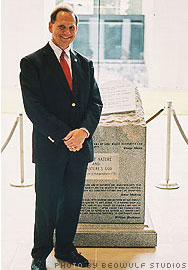 PICK THE TARGET, FREEZE IT, PERSONALIZE IT AND THEN POLARIZE IT. Cut off the support network and isolate it from sympathy. Go after people, not institutions; people hurt faster than institutions.
Saul Alinsky method number 13.
Ridicule is man's most potent weapon. There is no defense. It's irrational. It's infuriating. It also works as a key pressure point to force the enemy into concessions.
Saul Alinsky Number 5. 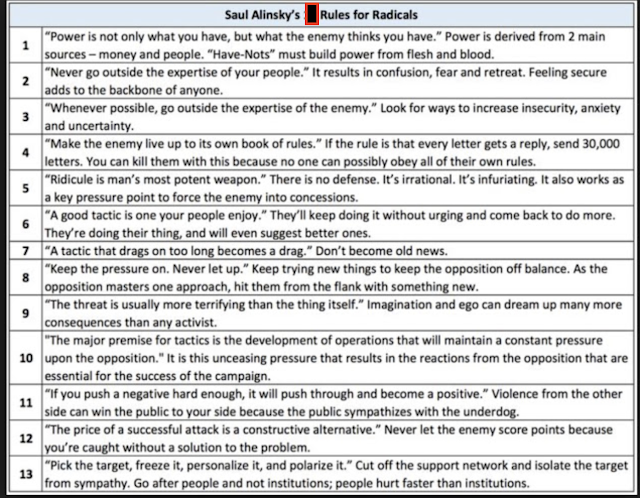 "Double, double, toil and trouble, fire burn and cauldron bubble." The Washington Swamp continues stirring it's witches brew. The Sanhedrin of the Pious in the media target, freeze, personalize and polarize a good Conservative, God-fearing man. The court of their opinion met and condemn the man with no hearing, merely allegations.
And they are to be believed because...? And Judge Moore is to be condemned automatically because ...?
Do you remember the Kindergarten teachers in California that were falsely accused of child abuse? Do you remember the young men in the Duke Lacrosse scandal?
Do I believe those women? Where do you think the term "mean girls" came from? Out of ether? The only real evidence I read was that one claimant's mother went to court in 1979 and that Roy Moore then had an office in the court house. By 1982 Moore was running for office on a values campaign. Do you not think someone would have come out then?
We have seen enough venom, lies and vindictiveness based on a fake dossier paid for by the Hillary Clinton Campaign and the DNC that should make us all think twice about believing anything that comes out of the media.
Especially in Washington and New York.
With Democrats or Republicans.
The Swamp Creatures are desperately clinging to power. They thought all they had set up would be set in concrete with a Clinton victory. What do they fear he might find?
I challenge you as time goes by to go to your newspaper and listen to your television set with these Rules for Radicals in mind. Don't believe a thing you read or hear without challenging it all.
There is an agenda here. They have no qualms with using lies. Challenge theirs with demanding TRUTH with yours. What is your agenda? Is it important enough to you to step out and speak up?
Or perhaps this is your agenda and the ends justifies the means. If so, our country is in even more trouble than I had thought. 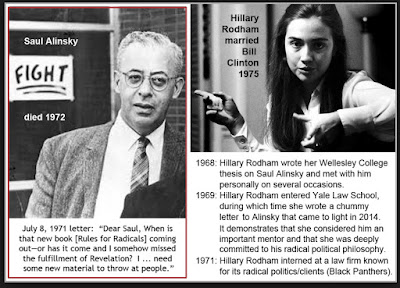 So now they seek to undermine the credibility of a good man, one who stands in opposition to most issues the Washington Post and the Eastern Media Elites support. The Washington Post is owned by the $100 billionaire, Jeff Bezos. He bought it from a Japanese conglomerate that purchased GateHouse, the original owners of the Washington Post.

It is odd that if it is one on the Left due process is required. When there is someone on the right accused of sexual impropriety, they are immediately deemed guilty. Now, if we are concerned about the age difference, there would be no discussion here in Regency times because men wanted to marry virgins and girls wanted to marry men who were settled and could provide for them.

So the young women in their late teens who claim Moore flirted with them and perhaps dated them are only adding fuel to a fire that should never have been ignited on this issue. I married my own husband at 19 (he was 22, that was the average marriage age at that time.)

It is the unwanted sexual advances that should be addressed and considered seriously.

Issue One: Moore was banned from the Mall: Not according to the Manager of the Mall

Issue Two: The Fourteen Year old credibility
Her own Mother says she did not have a phone in her room as she asserts in the Washington Post..

One assertion is that Corfman began exhibiting behavioral problems after her alleged encounter.

Truth is according to court documents “The Post failed to mention that the very reason for the February 21, 1979, court hearing where Moore allegedly met Corfman was because, according to the court documents, Corfman had exhibited ‘certain disciplinary and behavioral problems.’ In other words,” the Moore campaign said, “Corfman evidenced behavioral problems prior to the alleged encounters with Moore.”
So, what about meeting him "around the corner"?
That particular intersection was “almost a mile away from her mother’s house at the time and would have been across a major thoroughfare.”
The purpose of her mother's visit to the courts was the custody of Corfman and that was awarded to her father. She moved away from Gadsden and her home on Whittier 10 to 12 days later.
And, since she was now in her father’s custody, she would not have been living with her mother in Gadsden, anyway, but rather with her father in another town — unless all of the meetings took place in a very short time frame following the change of custody.
Another woman disputes the details brought by the woman who claims to have been assaulted in a ride home from the restaurant.
http://whnt.com/2017/11/20/woman-brought-forward-by-moore-campaign-says-she-can-dispute-details-surrounding-sexual-assault-claim/
1. Is the Yearbook signature authentic? Why won't they release the yearbook for independent analysis? The signature and writing do not look like they match and the signature is one that Moore's secretary would have written including her initials after his name-- DA. He was an ASSISTANT district attorney and would not have included DA after his name.
2. It looks like two different colors of ink used. Independent analysis would determine that.
3. The restaurant never hired 15 year olds.
4. It was located on a busy street with the trash on the side, not the back as woman said.
Isn't it true that in America one is innocent until proven guilty?