HAVE PROFIT AND POLITICS TURNED NEWSPAPERS INTO HIRED HACKS? 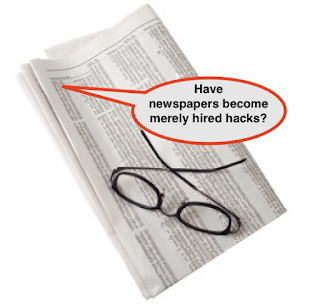 The first thing I was greeted with today on the news was a headline "Our view: Alabama voters must reject Roy Moore; we endorse Doug Jones for U.S. Senate". I have no doubt this was a well considered opinion piece. I say that sarcastically. Now, the publishers may disclaim any political control over the papers they own, but they hire the staff of those individual papers.

Why do people go into journalism if not to, as MSNBC's Mika Brezinski so clearly stated, "... control what people think."

This is REALLY what they think! And what the media thinks is totally lopsided on credibility -- based on being in any way unbiased.

STATISTICS CITED BELOW ARE FROM OPEN SECRETS.

Look at the financial contributions of Advance Publications the publisher of the Birmingham News at Open Secrets.   The Mobile Press Register is also owned by Advance Publications. Do you see a Republican there? One. What could possibly be their agenda in opposing Judge Moore?

The one editorial I could find published by the Birmingham News on COMMON CORE is supportive.

The Birmingham News is not your friend.


So, what about the Dothan Eagle?

Warren Buffet effectively sets forth the function of a newspaper in his letter to publishers and editors upon Berkshire Hathaway's purchase of 28 daily newspapers at a cost of $344 million in 2012.

Your paper will operate from a position of financial strength. Berkshire will always maintain capital and liquidity second to none. We shun levels of debt that could ever impose problems. Therefore, you will determine your paper's destiny' outsiders will never dictate it.

ACCORDING TO OPEN SECRETS Berkshire Hathaway did contribute something to some Republicans.

I once saw what appeared in the newspaper as truth -- or at least an honest effort at presenting differing points of view and perhaps a skepticism about "innovations". My epiphany came in the early 90s when I entered into the debates in Education at that time: Phonics versus Whole Language, Goals 2000 and Outcome Based Education, the Four Period Day.

I visited the local newspaper and their Education Editor with research countering that which came forth from the Administration. That information never appeared in the paper, unless I wrote an Opinion Piece. But, folks who write Op-Ed or Letters to the Letter are labeled kooks. The folks that get the paycheck get respect and a microphone plus millions of our tax dollars to make themselves look good.

And when all is shown to be the sham others tried to warn of? The newspaper merely becomes the Public Relations entity of the brand new reform to fix the one that failed.

Oh, by the way, the Education Editor for the paper during the time I mentioned was hired by the District Schools as their Public Relations liaison. Little need. In his official capacity for the newspaper he had already served in that function for the public schools for years! Why do research? Why encourage controversy? Why ask questions, like:  Where has this been used before? What empirical data do you have on its effectiveness? Over what period of time was this used and does this data reflect that time span?

As you can see, there is really no preparation for an Education Reporter to challenge any establishment entity. Did you have a heads up about the total restructuring of education with Common Core? My family knew nothing until our granddaughter had trouble with the new math. And even then, even with two degrees in Education, I had no concept of how immensely important this shift in Education practice and theory would be not only to our schools and our children, but our country.

When the Chamber of Commerce runs a film on Common Core and pushes that agenda into a school system, from whom will the challenge come? The newspaper and reporter might report on the presentation and then publish pretty much whatever the Public Relations person in the Education system or Chamber hands him/her. 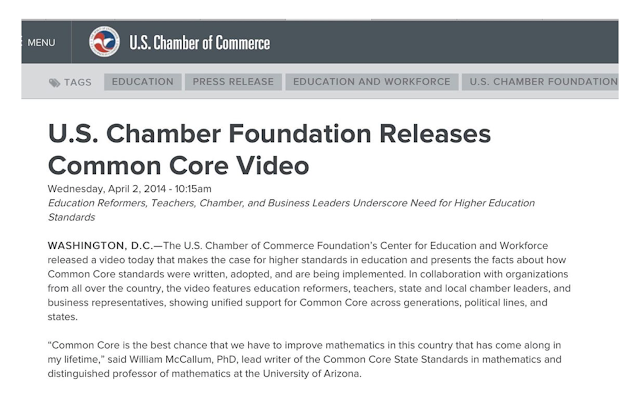 Why support COMMON CORE on the recommendation of the Chamber of Commerce?

Do you want to upset major advertisers? Members of the Chamber of Commerce or the School System? Look in the Classified. Who runs the most ads? You'll find their names on Chamber lists.

What is GRIT? Another organization headed up by Caroline Novak about whom I wrote in
Response to AL.Com article "Alabama Superintendent Proposal to Raise Academic Standards." I guess it just sounds better when you can have an organization supporting your political agenda. Who is she and these organizations with which she has such clout to maintain the amount of influence she has on education? I imagine it is her connections with the Chamber of Commerce and therefore the newspapers throughout the state of Alabama. 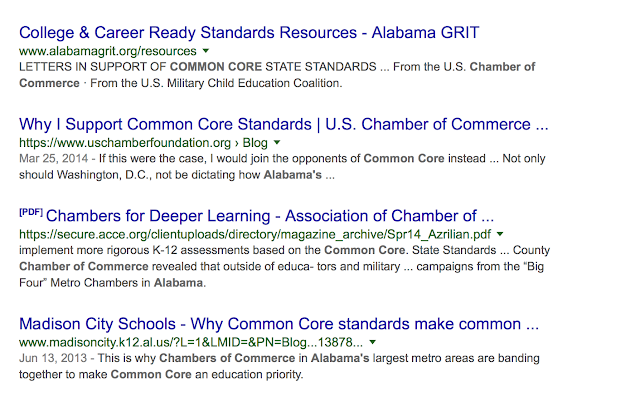 Yet, all of the assertions made that it would prepare children to be "college and career ready" have been debunked. And, by the way,  just who is Caroline Novak? An individual with a degree in Economics from Hollins College who Delphis Alabamans into controversial education programs beginning with OBE, APLUS and Goals 2000 and now, COMMON CORE!

According to Novak's bio for the Alabama Academy of Honor:

I am very curious as to the criteria for membership with the Alabama Academy of Honor. Obviously Alabama A Plus with Goals 2000 was a flop or she wouldn't be promoting COMMON CORE!

There you have it. Condescension. Schools must lower the bar to achieve equity in education. Novak's goal has apparently never been excellence, or even opportunity, but equity and so she and her groups promoted Outcome Based Education and Goals 2000 which began the lowering of the bar and somehow these folks managed to enlist the Chamber of Commerce in their efforts. 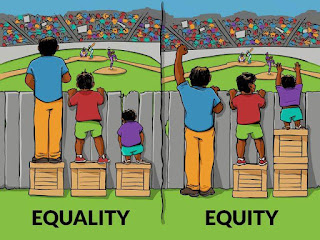 Those Common Core State Standards were NOT developed by the Council of Chief State School Officers and the National Governor's Council as claimed below. Nor do they make students college and career ready.  Follow any of the links below this article.

COMMON CORE has already taken Alabama students for the 26th percentile on the NAEP to the 51st percentile because Alabama has been great at implementing COMMON CORE! Just what determines success in their book?

So, if you cannot count on your local newspapers to do due diligence or remain skeptical regarding issues that can amount to millions of dollars in the education system, who can you trust?

I wonder if you could actually say that a political conflict of interest has been followed by the press by not challenging COMMON CORE with its obvious political agenda simply because it coincides with that of Major Media. One has only to follow the link to ALABAMA'S CHIEF EXECUTIVE OFFICER, Dr. Barbara Cooper's, admitted philosophy of education through the book she mentioned, Radical Possibilities, to know that someone should have researched this connection before assuming she meant to address the academic challenges she was hired to address and not the furtherance of her own political inclinations. I am sure there are others, but hers is the one with which I am most familiar. 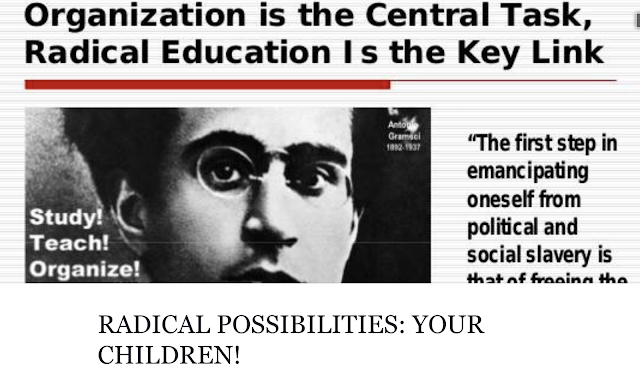 From what I can tell, Dr. Cooper's efforts as Chief Academic Officer have been to diversify the employees, not improve the quality of the teachers. But she openly admitted her goals by saying that the book, Radical Possibilities by Jean Anyon is her guidebook and reflects her education philosophy.

Hmm. Really? Do you sense something is wrong also, like parent Jennifer Robinson did?

We are all told that if you feel something is wrong, it probably is! So why must parents be constantly be re-inforced, re-educated (Delphi-ed?) in their support of COMMON CORE.

SEE ALSO: THE DELPHI TECHNIQUE, CHAMBER OF COMMERCE AND THE EDUCATION ESTABLISHMENT 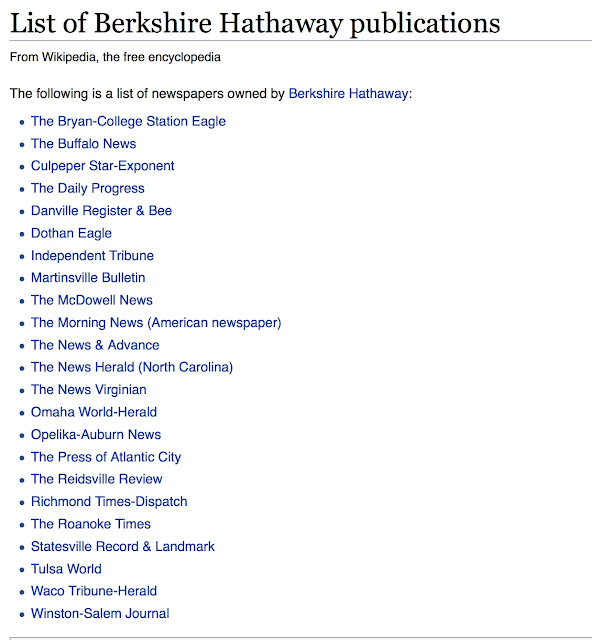 Gannett's public policy seems appropriate, but still their bias appears in the support of candidates.

Wouldn't you think someone in Florida would have challenged the acceptance of something as important as the Education of our children on the recommendation by someone who would be benefitting to such a glaring degree? 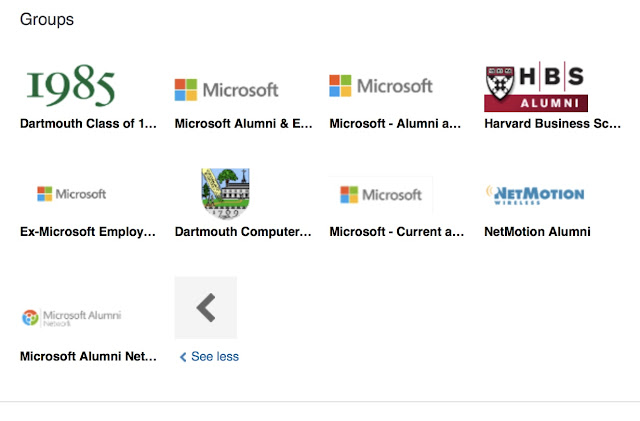 Why do the newspapers of Florida not challenge THE CHAMBER, THE EDUCATION SYSTEM, BILL GATES OR JERRY PARRISH? 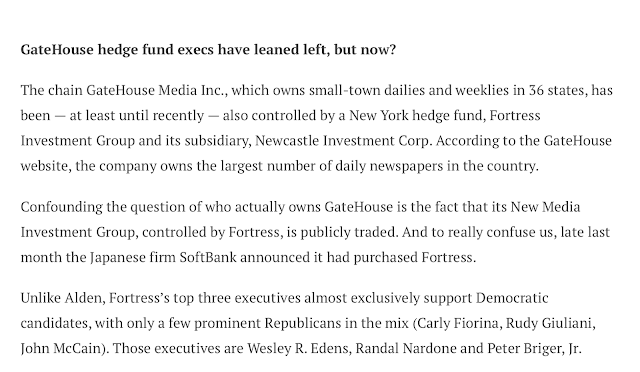 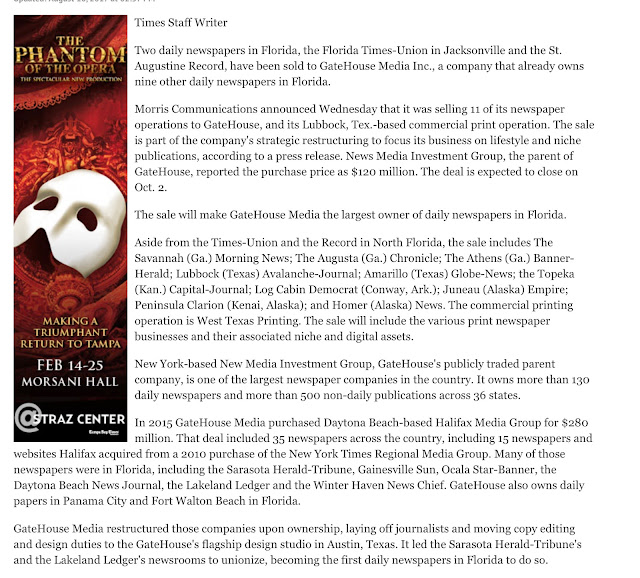 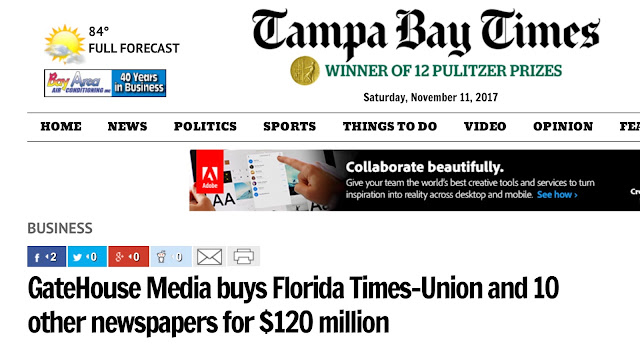 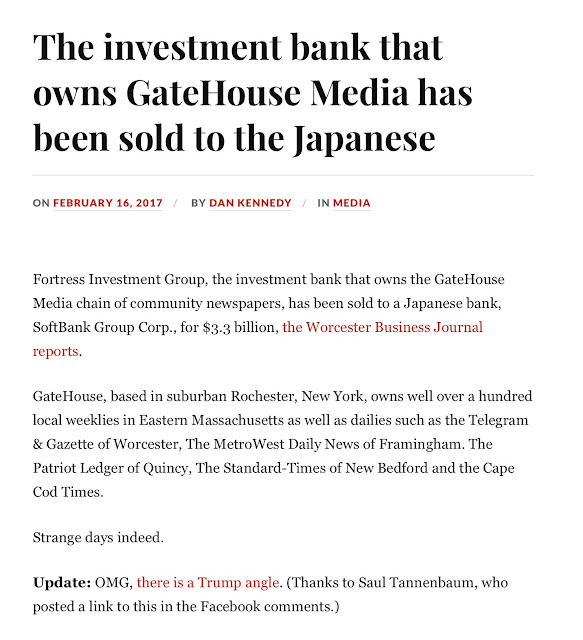 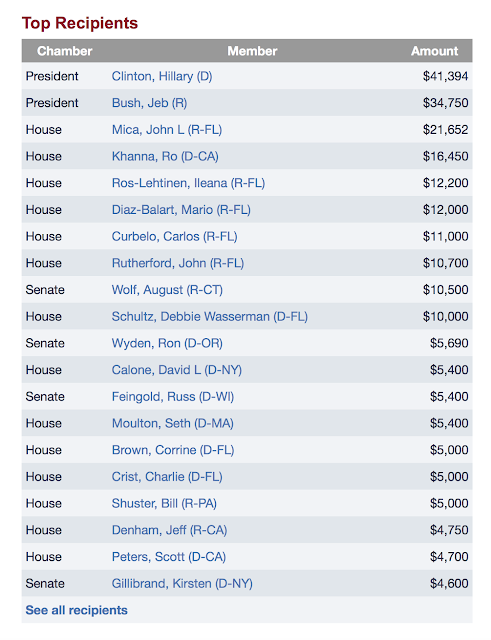 Once owned by Gatehouse, the Washington Post is now owned by Jeff Bezos (the 100 billion dollar owner of Amazon). 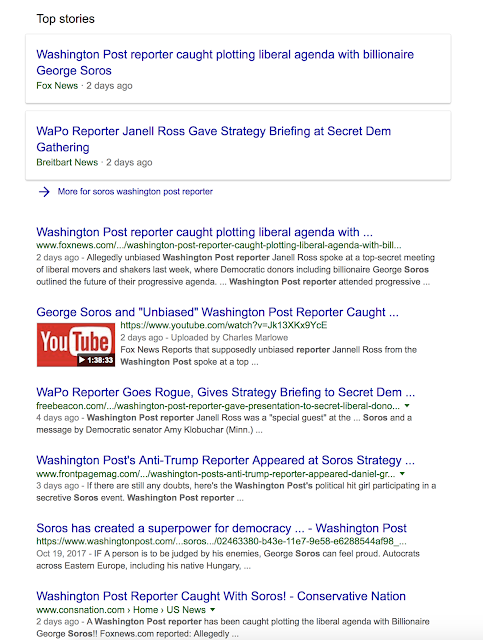 Now, as for Judge Moore, look at number 13 of Saul Alinsky's Rules for Radicals.

The opening paragraph of the book makes it perfectly clear who his readers are:

What follows is for those who want to change the world from what it is to what they believe it should be. The Prince was written by Machiavelli for the Haves on how to hold power. Rules for Radicals is written for the Have-Nots on how to take it away. 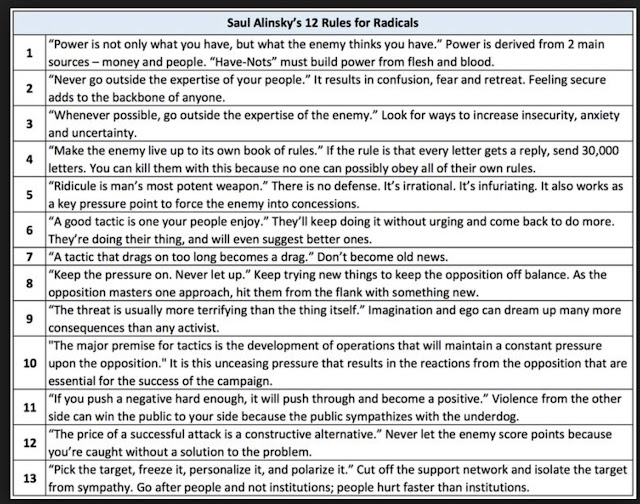 I admit to skepticism.