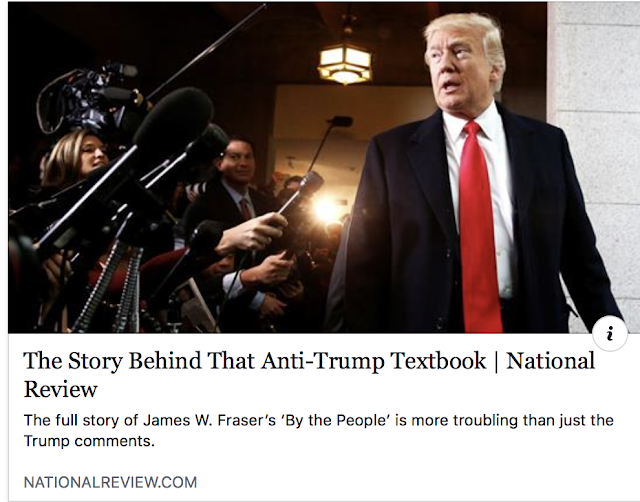 This is a Pearson Publishers history book, BY THE PEOPLE. Pearson Publishers IS COMMON CORE. Bay District Schools and Dothan City Schools are COMMON CORE. IS THIS YOUR CHILD/GRANDCHILD'S TEXTBOOK?
Notice the mention of Paolo Freire about whom I have written extensively on my blog. All of you who fought me on Whole Language in the early 90s supported his agenda. Read the Whole Language catalogue and recall the school board hootenanny of support for this appalling excuse for educational theory that caused a generation of functional and cultural illiterates. Paolo Freire is the hero of that Progressive manifesto posturing as educational theory. You won the day and set Dothan City Schools on this path. Now look at the consequence.

I wrote a note to Mr. Kurtz:

Thank you so much for your review of By the People. I do wish more people understood the intentional dumbing down for political purposes of our educational system. In the early 1990s I tried to sound the alarm against Whole Language that so many teachers were told in Colleges of Education was merely another form of teaching children to read. As you can see from these excerpts from the WHOLE LANGUAGE CATALOG, by Ken and Yetta Goodman, Paolo Freire was a darling of this Progressive Movement. 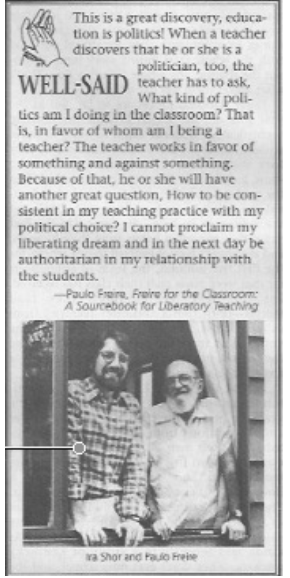 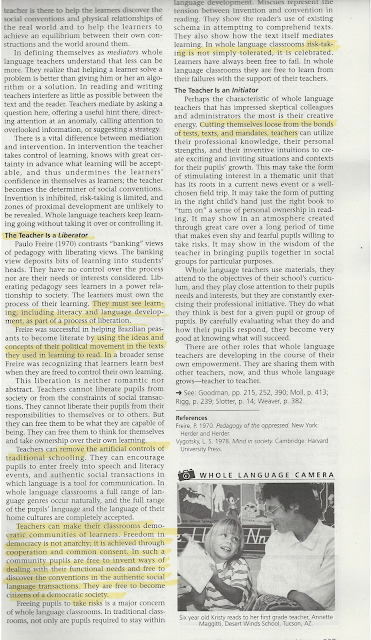 You might want to check out the 10th grade Pearson American Experience literature book.
Becky Gerritson reviews the book on You Tube. Definitely worth watching! 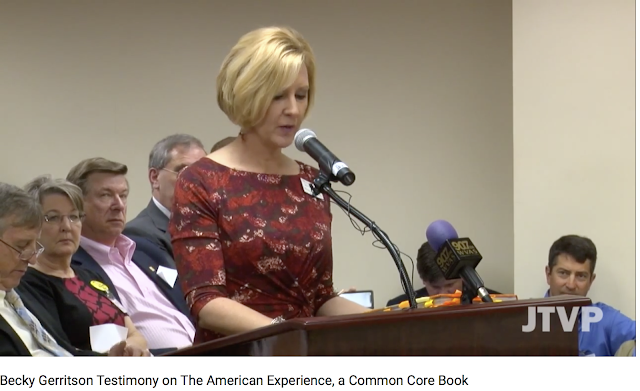 I have written much on Common Core on my blog. But, your piece really covered many of the bases. One thing you might find interesting is the Chicago connection to Common Core as well as the promotion by the Chambers of Commerce encouraged by a donation by Bill Gates. Gates and Pearson have formed a cabal. Gates provides the laptops to the students while Pearson provides the online books. Jason Zimba, who claims to be the "architect" of Common Core now for a mere sum of $500,000 a year controls the College Boards to make sure the attitudes and beliefs of those applying fit their agenda.

Our country is in real trouble. Thank you so much for your efforts.