Vacation? Or Strategic Retreat? Collusion by the Deep State Threatens our Country 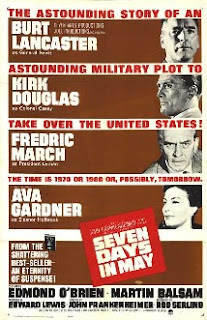 Our President and our Constitution are under attack.

The oval office, the space that should be the most secure in our nation and the phone that deserves the most protection, is tapped by a Deep State that seeks to undermine the duly elected president of the United States. Transcripts of the President's conversations with two world leaders have been "leaked" to newspapers.

Where is the outrage? Where are the defenders of our rights and liberties under our Constitution to elect a President who is outside the inner circle of elites.  The loyalty of these elites is not to America. It is to some global agenda anathema to the sacrifices of our forefathers who fought and died in the American Revolution.

I do not think our President is going on a vacation. He is retreating to a more secure place where his every word is not passed on to his enemies in the media who attempted to set up one of their own as president and complete the agenda begun years ago.

The oval office is bugged, wiretapped, whatever term you choose to use.

I heard this morning that the HVAC is so out of date it is being replaced. The President put General John Kelly from Homeland Security in as Chief of Staff. Makes sense to me. Who would have thought you would have to run a security scan on the White House? But with the traitors loose in Washington, one cannot be sure any longer just who is a loyal American.

If I were writing a novel on these tidbits of information, this general, knowing what he knows as Secretary of Homeland Defense, would have put trusted security folks in from outside the government to scan the White House for listening devices. It would be my guess that the HVAC system would be a prime place for unscrupulous agents intent upon undermining a president/presidency to insert those devices.

The question remains, who would have authorized such an intrusion into the security of what should be the most secure room in our country?

Put on your VJ cap as you have been told. Block out common sense.

Chris Wallace in the third presidential debate stated that a tradition in this country, a pride of this country, is that the country comes together for the good of the country. Not to do so, said Hillary Clinton, was "horrifying."

Why do the elites and Deep State feel threatened by a country prospering with hope and patriotism?

Are these people truly attempting to set up a puppet state for some world government -- wealthy, well-connected puppeteers as has been suspected for many years?

The media plows ahead with a fake narrative humiliated that their propagandizing throughout the campaign, their efforts to manipulate the election with polls and their own media bias failed so phenomenally.

Go ahead. Wear the VJ cap and follow those leading the rebellion (because that is what it is), a highly vocal, not silent, coup.

Sadly, many of this flock of sheep have no clue of history. Nor do they know just exactly what they are protesting. They merely spout the rhetoric instilled in them since the shift from teaching an understanding and appreciation of the singularity of our nation, its economic system, and its heritage -- to Social Studies. This Progressive Indoctrination began in the colleges of education on impressionable young people who then became docile sheep circling the wagons at the direction of those in authority when told their careers were in jeopardy.

Do they know the difference between a free, capitalist society and socialism?

Look at Venezuela. What is happening there is not being discussed. People are starving because of the socialist president of that country who now rewrites their Constitution. People flee there to come to America because we prosper with the economic freedoms our ancestors died to give us.

But, do we have sense enough to cherish them? To insist that if you want to be an American, you actually believe in the principles that make our country great?

Sadly, many will attempt to recreate the failed situations they flee to gain power in our country. In order to continue as that beacon we must guard against those who would undermine our government.

The head of the FBI (Comey) turns leaker? To produce a situation where a Special Counsel will be appointed, he said. Perhaps a close friend? One of his own choosing?

Is this a movie script? One has already been done. Just as in Seven Days in May, highly respected institutions apparently now seek to overthrow a duly elected president. Public opinion is being manipulated by co-conspirators -- a media controlled by this Deep State.

In Seven Days in May a secret Army unit known as ECOMCON (Emergency COMmunications CONtrol) will seize control of the country's telephone, radio, and television networks, while Congress is prevented from implementing a treaty with Russia.

So now it is the Deep State, the supposed intelligence agencies of our country, the Swamp, with the media as their willing participants, all intent upon shoring up their own position and power-- and then implement their own plan for our country.

Our country has fallen into the trap the Russians may truly have set by creating such dissension and conflict that our country falls prey to our true enemies in the world. That is Russia's goal.

The collusion lies with those who support this dissension and the disrespect of those who voted for the only candidate who supported economic nationalism and the rule of law.

Pray for our President. He is in real danger as is his family. Pray for our country. This beacon on a hill is threatened. Pray for our children because they will inherit what we leave for them.
“A really efficient totalitarian state would be one in which the all-powerful executive of political bosses and their army of managers control a population of slaves who do not have to be coerced, because they love their servitude.”
― Aldous Huxley, Brave New World

Posted by Sharman Ramsey at 7:38 AM
Email ThisBlogThis!Share to TwitterShare to FacebookShare to Pinterest