On the Road to Hunger Games 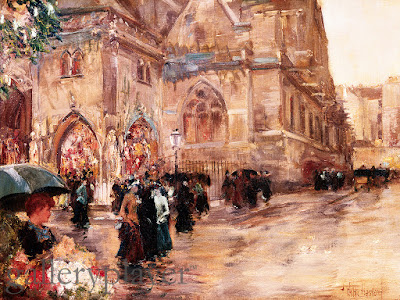 On the Road to

Plato envisioned a world where an elite group of philosopher kings would rule. He argues that a specific education available to the few would prepare these philosopher kings for their duties.  Such a group would be insulated from those they govern and rule by pure theory.


Associated with those politicians are media leaders. Has the media assumed the role of philosopher kings, the moral arbiters, of our society? That is what some obviously think.

As Mika  Brzezinski said so tellingly,  "He is trying to undermine the media and trying to make up his own facts," she said about Trump. "And it could be that while unemployment and the economy worsens, he could have undermined the messaging so much that he can actually control exactly what people think."

"And that, that is our job," she noted, referring to the media.

What ideas percolate through the rarified atmosphere of these elite schools? Among those whom the elite among us consider the most well-educated and therefore the most qualified persons to rule? Would they be Plato's idea of philosopher kings?  Would they share a contempt for the “deplorables” among us?

What happens when there is no diversity of opinion? When diversity and tolerance applies only to race, religion and gender?

“Now I will tell you the answer to my question. It is this. The Party seeks power entirely for its own sake. We are not interested in the good of others; we are interested solely in power, pure power. What pure power means you will understand presently. We are different from the oligarchies of the past in that we know what we are doing. All the others, even those who resembled ourselves, were cowards and hypocrites. The German Nazis and the Russian Communists came very close to us in their methods, but they never had the courage to recognize their own motives. They pretended, perhaps they even believed, that they had seized power unwillingly and for a limited time, and that just around the corner there lay a paradise where human beings would be free and equal. We are not like that. We know that no one ever seizes power with the intention of relinquishing it. Power is not a means; it is an end. One does not establish a dictatorship in order to safeguard a revolution; one makes the revolution in order to establish the dictatorship. The object of persecution is persecution. The object of torture is torture. The object of power is power. Now you begin to understand me.”
― George Orwell, 1984

Suzanne Collins' novels recently brought the elitist city of Panem into our lexicon. This conquering District managed to bring other Districts to heel. They lived on the fruit of others' labor and kept the other Districts subdued by force and the annual Games.

Do we now see the advance of Panem on the coasts and in pockets throughout our country?

Have our children been so brainwashed through the national control of curriculum in those areas and on college campuses as to believe that nationalism/patriotism is bad, that only those of certain mindset understand the true issues that threaten our world?

“...most men and women will grow up to love their servitude and will never dream of revolution.”
― Aldous Huxley, Brave New World

The education system has inculcated a disdain for dead white men whose western ideals and theories on democracy, capitalism and freedom produced stable societies that encourage creative economic development and the free expression of ideas. In this country, the place where contempt for those dead white men who espoused those ideals runs rampant, those haters of all things western all enjoy the standard of living those ideas have produced.

The British Empire brought these concepts to their client states. When independence movements cast them out of Africa, for example, tribalism returned, roads deteriorated, industrial buildings rusted, disease became rampant, clean water and education for all children diminished as more people fell into poverty and gangs took control. Anti-colonialism meant the rejection of the ideas, literature, government of old white men.

Those who challenge the idea that all cultures are equal (Multiculturalism) are labeled racist. Perhaps they have merely learned from history. That epithet is thrown around labeling all of a different opinion. Diversity of opinion is banned from civic discourse. Silenced. Often with violence.

“Great is truth, but still greater, from a practical point of view, is silence about truth.”
― Aldous Huxley, Brave New World

In addition to the hysterical claims of racism, radical environmentalism provides the vehicle now being used to make our people willing to hand over power to an international unelected governing body favored by those associated with George Soros, Hillary Clinton and others in the international Non-Governmental Organizations of the world. They seek to levy taxes on carbon emissions. First they create a sense of crisis and then move in using the courts to establish the mandate for their own agenda.

To whom would one pay these emissions fees and who determines the distribution of monies so collected? How much enforcement power would go to these unelected officials?

President Trump euphemistically calls it The Swamp. They exist in the shadows throughout the government and in the media. And now they rage against the light being shown upon them, mobilizing the radical elements both conservative and liberal to create fear and violence throughout our society.  They attempt to silence us by intimidation so that we will not speak out against the true purpose of these anarchists who merely seek to create a state in which there is widespread wrongdoing and disregard for rules. Then someone else (waiting in the wings) will be called to establish order.

“Big Brother is Watching You.”

Are we witnessing an orchestrated coup intentionally choreographed to bring down a President of the United States?

So where does the destruction of statues of the Old South apply here, other than to play into the anarchists hands?

And if all others accepted the lie which the Party imposed – if all records told the same tale – then the lie passed into history and became truth. "Who controls the past," ran the Party slogan, "controls the future: who controls the present controls the past." And yet the past, though of its nature alterable, never had been altered. Whatever was true now was true from everlasting to everlasting. It was quite simple. All that was needed was an unending series of victories over your own memory. "Reality control," they called it: in Newspeak, "doublethink."
― George Orwell, 1984

And what about the intimidation of those with differing views?

“Taking the kids from our districts, forcing them to kill one another while we watch – this is the Capitol's way of reminding us how totally we are at their mercy. How little chance we would stand of surviving another rebellion. Whatever words they use, the real message is clear. "Look how we take your children and sacrifice them and there's nothing you can do. If you lift a finger, we will destroy every last one of you. Just as we did in District Thirteen."
--Suzanne Collins, Hunger Games

And so, Panem is established.
Posted by Sharman Ramsey at 11:29 AM
Email ThisBlogThis!Share to TwitterShare to FacebookShare to Pinterest