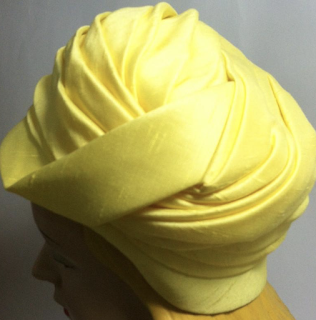 On to Angola is the third in the Creek Indian family saga. (SWIMMING WITH SERPENTS, THEN, IN PURSUIT) I thought I would share the Prologue with you. I would love to have your input. Several chapters more to go before it is ready to send out to potential publishers or publish myself.

I now retreat back to 1821 and will probably not surface much until this book is finished.

MY CHILD IS GONE — Slavery Song

Hark! from the winds a voice of woe,
The wild Atlantic in its flow,
Bears on its breast the murmur low,
My child is gone!
Like savage tigers o’er their prey,
They tore him from my heart away;
And now I cry, by night by day–
My child is gone!
How many a free-born babe is press’d
With fondness to its mother’s breast,
And rocked upon her arms to rest,
While mine is gone!
No longer now, at eve I see,
Beneath the sheltering plantain tree,
My baby cradled on my knee,
For he is gone!
And when I seek my cot at night,
There’s not a thing that meets my sight,
But tells me that my soul’s delight,
My child, is gone!
I sink to sleep, and then I seem
To hear again his parting scream
I start and wake–’tis but a dream–
My child _is_ gone!
Gone–till my toils and griefs are o’er,
And I shall reach that happy shore,
Where negro mothers cry no more–
My child is gone!
- See more at: http://www.jankollitz.com/rcc/my-child-is-gone.html#sthash.0BmYea4i.dpuf

On to Angola
by
Sharman Burson Ramsey

The mahogany skinned woman, head turbaned with a strip of yellow silk that gleamed in the blistering sun, stood like Lot’s wife as still a pillar of salt, looking at what was to her the end of the world. Her eyes fixed eastward where the bateaux bearing her twin sons disappeared around the bend in the bayou where moss dripping river oaks bent and gnarled by time and tribulation obscured her view. And yet her gaze never faltered. Their terrified shrieks drifted back over the black water. Her chest ached where the big, gruff white man, an overseer, representative of a Georgia plantation owner, had ripped her tiny sons from her clenched arms. The fresh stripes of the whip upon her back stung with the perspiration that dripped from her body … punishment for the fight she put up. She did not flinch.  The pain of those lashes were nothing compared to the pain in her heart. There were not enough tears though her face was wet with them.
Lafitte’s agents were stronger than she and now the small bateaux carried her babies further and further away from her where she stood on the tiny island in the morass of Louisiana bayous.  Here Jean Lafitte held his illegal slave auctions hidden away from the authorities at the Temple, a peculiar earthwork mound halfway between Grande Terre and New Orleans.
She tried not to breathe for fear she would lose the sweet smell of their little bodies. Silently she cursed the heat for the sweat that washed away the last of their touch and the feel of their curly hair upon her cheeks. Her sons. Her beautiful boys. Just over a year old. Big for their age. They would be tall they said because she was tall. They walked early. They spoke early. They fetched a good price.
Barely twenty years old, the woman had already endured much. She’d survived the violence of the Haitian revolution having been rescued as a girl of ten by a boy just a few years older than she.  Just a child himself, he was big for his years and had become a leader of the revolution. Her mother had been a practitioner of the Petwo Voodoo cult. At a service at Bois Caiman her mother was possessed by Ogoun, the Voodoo warrior spirit. She sacrificed a black pig and spoke in the voice of the spirit. But the ultimate crime she committed was to name those who were to lead the slaves and maroons in the revolt.
After the death of her mother, who became a major target of the resistance, that boy, little older than she, arranged with some fishermen to take her to a community of free blacks and escaped slaves located on the Manatee River near the Spanish Fisheries on the west coast of Florida. He reappeared ten years later with yellow silk meant for the girl he had saved. The boy, grown to be a massive, ebony skinned man, turned every woman’s head. Yet it was she who had captured his heart. He left but promised to return for her. Then while walking along the shore near the Fishery, she and others at Angola who had come for supplies were captured by pirates and taken to Jean Lafitte in Barataria to be auctioned.
Her pregnancy showed early. Jean Lafitte purchased the beautiful woman himself to sell later. He reasoned two slaves were much more valuable than one. She gave birth to her sons.  Lafitte allowed her to keep them until weaned.
Zebulon, also bought by the Georgia overseer, promised to watch over them but she knew how helpless a black man was against the will of an overseer and his whip.
It was a future her sons would share.
From the bayous they would board a wagon and travel the Federal Road to Georgia she’d heard the overseer tell Jim Bowie, an associate of Lafitte’s who had offered to purchase her. His lascivious eyes told for what purpose. The overseer told Bowie he would cross the Alabama and Tombigbee Rivers at a place called Mims Ferry and go through Creek country. Bowie wanted to take her with him to Texas. Further from her children.
“I hear there’s Red Sticks on the war path in Creek country,” Bowie told him eyeing her and trying to keep his voice down.  In her grief every word was magnified, every whisper heard.
Slaves, drained as they were with their own misery, acknowledged her pain. One voice began it, the song that drifted over the crowd gathered for the sale of the two boys, over the bewildered and frightened men and women still in chains awaiting their turn.

The sale continued. More families ripped apart. Still Lafitte kept her apart from the others.
The sun set and night, as black as the future she imagined, obscured the bayou down which her sons had long since disappeared. Sheba lifted her hands to the sky and shrieked a cry of pain so awful God in Heaven must have heard. And then she crumpled to the ground.