Throw the rock and hide the hand 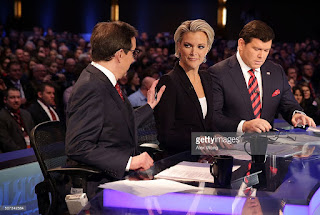 The media mouthpieces of the "stop Trump" campaign have managed to stir the pot and produce the violence in Chicago. Of course, they blamed Trump. "Throw the rock and hide the hand" tactics. By validating those protesters who choose to disrupt rallies where Americans, supporters of a political candidate who gather in a spot where the candidate "paid for that microphone" (quoting Reagan), they have created the venomous environment where Americans will not be safe supporting the candidate of their choice. They, in their arrogance have assumed their judgment superior to that of the people. The media has encouraged those disruptive elements to "take down Trump."

Accepting an invitation to a privately financed event to rally supporters in order to disrupt is just plain bad manners. It violates the host's right of free speech protected under the First Amendment to the Constitution.

Go back and listen or read transcripts of the media rhetoric. Their rhetoric. And they are proud of it.
The puppet masters continue to pull the strings.  See Pat Buchanan's article, Sea Island Conspiracy at http://buchanan.org/blog/sea-island-conspiracy-124936. Yet the media blames the victim and supports the lawless.

Let me relate two incidents that I thought were quite telling about what's happening in this election. A young Hispanic registering to vote was asked if she had made a decision for whom she would cast her ballot. Her answer, "I am going to listen and find out what they are going to do for me before I make my decision." The privilege of voting is seen as a token to the vast national slot machine of rewards. Just choose the right machine fixed to your benefit.

Another reporter asked a Democratic candidate's representative objecting to Trump's answer for illegal immigration what his candidate's answer for illegal immigration might be. "We build up manufacturing in Mexico so that their standard of living is such that they don't want to immigrate to the United States." (Outcome based global world view. Bring down the wealthy countries while bringing up the poor. Equalize the standard of living.)

I remember the NAFTA/GATT/WTO arguments of the nineties. I will never forget listening to one representative speaking from Congress saying, "We voted to send the low paying jobs overseas." That representative sold out his constituents and probably now works as a high paid lobbyist in Washington. His loyalty is not to the country or to his constituents. He set out to find out the best offer, "what they can do for me."

One of those who voted for these devastating trade deals that sent American jobs overseas was John Kasich.  Now he touts the jobs he has brought to Ohio. Some of those are with a Chinese company. Another is a German company. What does that tell about the wages of this country?

Kasich now denounces Wall Street greed. He criticizes lawmakers who become lobbyists, exactly as he, as a former nine term congressman, did for investment bank Lehman Brothers before it collapsed in 2008 (as did Jeb Bush after his term as governor of Florida). It was his job to help the bank build relationships and navigate public policy matters. Kasich made $1.4 that year from the Wall Street bank. And then ran for governor of Ohio in 2010.

That arrogance continues. The power brokers know best. Through NAFTA, GATT, WTO and other trade "deals" our representatives voted the advantage to the wealthy who lobby and contribute to their campaigns promising the golden parachute at the end of their elected term. Corporate welfare at its finest.

They tell us goods are cheaper, but Nike shoes only got more expensive. As did other goods. The big lie.

Journalists no longer report the news. They have become evangelists for their own world view. To do so they revile and ridicule those who are honest participants in the political process.  The puppet masters have brought out the Hounds of Hell to pontificate from the airwaves, inflating and inventing remarks to appear racist, sexist, xenophobic, blasphemous, incendiary, misogynistic or bigoted (or all of the above), stirring animosity and inspiring those looking for an excuse to violence. Stirring things up brings ratings to the networks, folks.

By setting Sanders' revolutionaries against the Trump movement Larry Bond's book, The Enemy Within, somehow gains relevance in this situation.  Another example of "throw the rock and hide the hand." Puppet masters instigate and finance disrupters to commit violent acts at a rally and pretend it was a grassroots movement. The media will buy that. Promote that. It fits their world view.

The Establishment is taking control of the Cruz campaign with support from Boss Kristol at the Weekly Standard and Neil Bush who benefitted from the Savings and Loan debacle. Neil became director of Silverado Savings and Loan at the age of 30 in 1985.  Three years later the institution went belly up at a cost of $1.6 billion to tax payers to bail out. He is now on Cruz's finance team. Of course, Ted and Heidi Cruz met while working for George Bush. Heidi is on leave from Goldman Sachs where she is an international investment banker.

How does an individual, a patriot who puts America above self-interest, paying for his own campaign independent of those power brokers, stand a chance?

Who will dare to stand with him?

Differences of opinion occur even between friends. That's fine. Thought I'd share this comment I received from a friend.

The puppet masters have brought out "the Hounds of Hell" to make Trump "appear" racist, sexist, and bigoted? No, a lifetime of decadent misogyny, reams of public statements and his very own unapologetic classlessness and rudeness make Mr. Trump all of those things without any help. Would I like the media to shut up about it? Yes! Because I would like to hear from candidates who have at least a vague understanding of governmental leadership, and actual plans for America beyond insults and tacky middle-school bullying. Donald Trump is the full manifestation of the worst of our national culture. I do blame our media for giving him enough coverage to convince every angry backwater wife-beater that he's a legitimate candidate for President. But I blame him for being him.

I have great respect for you and your opinion.

David was flawed as well. But for some reason God chose him.

I have listened to things Trump has said and have watched how innocuous statements were blown up and corrupted by the media. How they attempted to create gotcha moments. The media fans the flames. Disrupters are legitimated and respected for interrupting a candidate from having his say. That encourages escalation. The Republican elite scared of losing control of THEIR party speak of "taking him down." And that isn't incendiary? Why are they not called to account for their inflammatory words?

Donald J. Trump's message of recognizing that illegal means illegal, that our citizens deserve to be protected from those who mean us harm, that trade deals have benefitted corporations and hollowed out those manufacturing jobs that supported and provided health care for American families while enriching the few resonates. I see the other candidates talk the talk and have better manners but they have ties bind them irrevocably to those who reamed out the country's manufacturing base and the Wall Street bandits who caused the 2008 economic collapse and I recognize wolves in sheep's clothing.

And I am not a backwater wife-beater.


Posted by Sharman Ramsey at 1:03 PM
Email ThisBlogThis!Share to TwitterShare to FacebookShare to Pinterest