Past lives and Present lovers 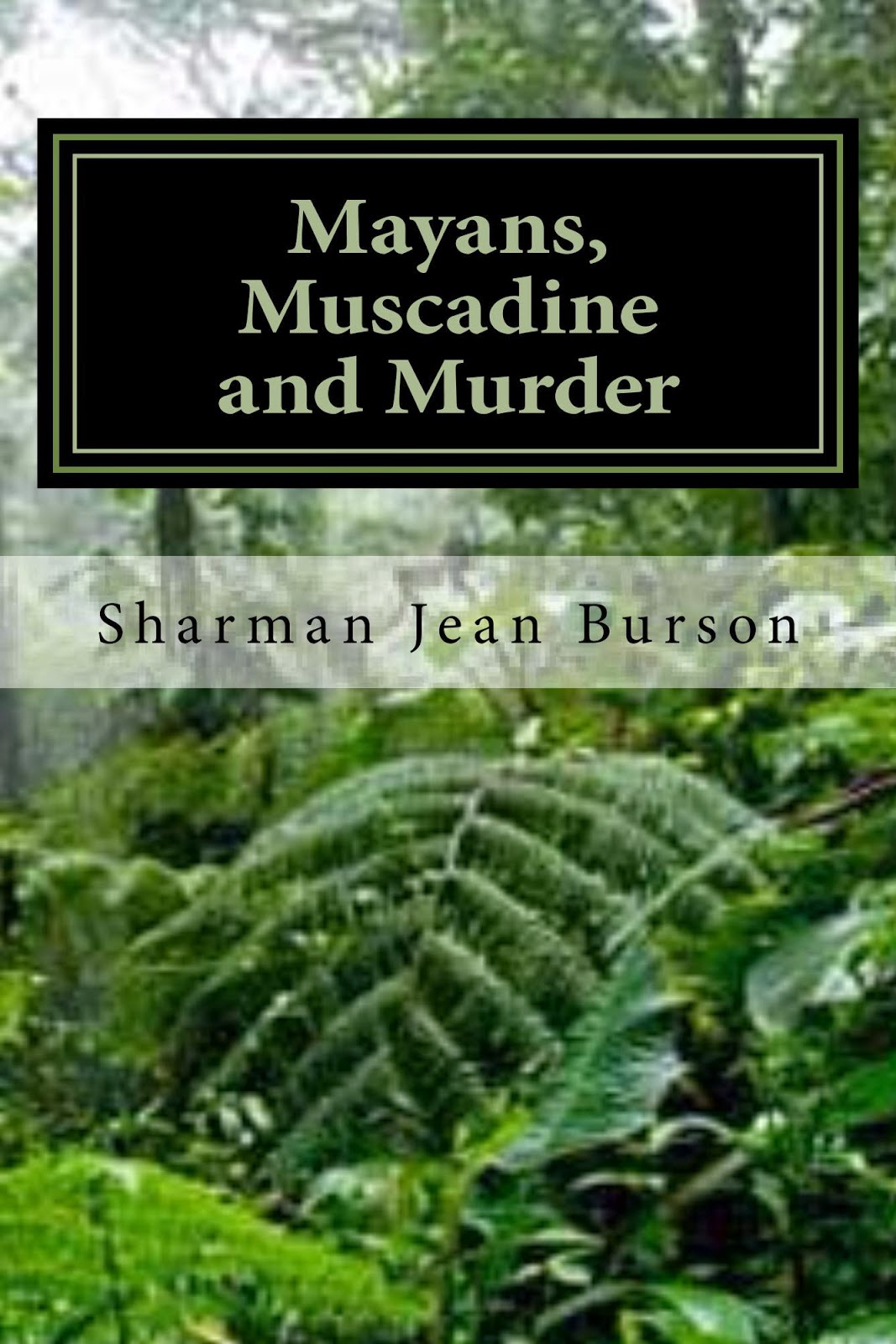 This is an excerpt from Mayans, Muscadine and Murder. Dabney's genetic memory brings the past into the present. I really think this turned out to be a beautiful story of love and friendship that transcends time.
I held up my hand to silence the applause and picked up the microphone to an ear-piercing shriek. Thinking it was feedback, I held the microphone as far away from the speaker as I could. Then I heard the second scream and all heads turned in the direction of the periwinkle shed with floating yellow metal butterflies attached to the side of the building. My heart took a leap when I saw Tasha, Bernice’s seven year-old daughter, running toward us screaming. Standing as I was above the crowd, I could see a little girl with long black hair, around three years-old, kneeling between the rows of that allotment rocking back and forth and sobbing. Others still looked around confused about from where the noise came.
Regardless of being constricted by FanEx and handicapped by Sister’s borrowed extremely high-heeled Manolo Blahniks sinking into the soft dirt, I made my way off the stage and ran down the path toward the children. I caught Tasha up in my arms.
“She’s bleeding and won’t move!” Tasha told me.
My first thought was the child I saw. I abandoned the Manolo Blahniks as I handed Tasha off to her mother Bernice and ran barefoot after Palmer Police Chief Carrow Dee Gunther who moved mighty fast for such a big woman. I glanced toward the periwinkle painted shed and caught a glimpse of a man in fatigues deformed by severe burns carrying a ratty pink knit baby blanket appear from inside. Alarmed by something he saw behind me, he turned and ran in the opposite direction. The child I saw from the stage had disappeared.
I did not see the shovel lying in the path and went sprawling full length and face to face with a woman only partially buried beneath the marigolds and nasturtiums. Her brown eyes stared sightlessly at me. My head pounded.
“Ilyana?” I cried out. And then I passed out.
-------------------------------------------------------------
“Ilyana!” Saroya pulled the cloak now wet with blood from her friend to press and staunch the flow. So many wounds both healed and festering. And now, the newest that she knew would take her friend’s life.
The child crawled to Ilyana with tears flowing and laid her tiny body across her. Ilyana lifted her arm to comfort the child.
“This is K’inich Balam’s only living child. I have brought her to you,” she said. Blood bubbled at her lips.
“I stayed until only one of the young daughters of Lady T’abi and K’inich Balam still lived,” Ilyana whispered as I held her in my arms. The blood gushed from Ilyana’s frail body despite my efforts to save her. Kish broke the spear, but knew to pull it out would cause the loss of even more blood. I kept pressure against the wound in a futile effort to stem the flow of blood.
Ilyana touched my cheek to make me focus on her words. She knew her life ebbed with every beat of her heart. Tears flooded down my face. My dear friend. My valiant protector.
-----------------------------------------------------------------


I awoke on a cot in a shed with my heart pounding, tears in my eyes and a scream about to erupt from my lips. It took me a moment to come back to myself and get oriented to the present. The tin roof reverberated with pounding rain. The dream remained vivid. Ever since the SpedEx truck ran into Kevin and me at the intersection we passed through every day of our lives, killing my husband of thirty-five years, the theory of genetic memory confronted me in a way that made me pay attention. From that point forward, what seemed to be ancient memories locked in my subconscious surfaced in a way that transformed my life. At first they were vague. But now these strange visions became stranger, more intense -- and more frequent.
Posted by Sharman Ramsey at 6:49 AM
Email ThisBlogThis!Share to TwitterShare to FacebookShare to Pinterest