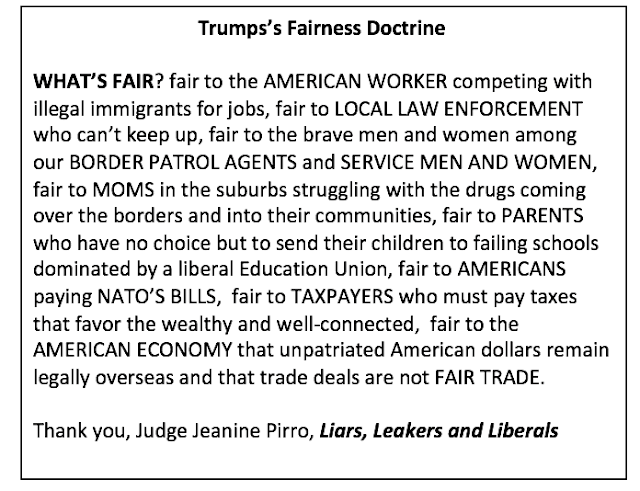 I got into a discussion yesterday on Facebook that made me start thinking about why I support Trump. He's not perfect, but neither am I. If I were surrounded by enemies, our own American press corps, waiting like vultures to attack, twist and turn, every phrase to manipulate a dark and deadly meaning, I do not think I would have the courage to continue daily.
I got only a taste of that when I ran for the school board, twice, promoting phonics in Dothan, Alabama trying to get our schools back to basics, mainly to be able to read. I knew Whole Language was not working but the Whole Language hootenanny won the day with the School Board, the campaign against me was run out of the central office both times. They "won" nearly 20 years ago and today only 41% of Dothan School Children are proficient readers.
I was accused of being a member of the Ku Klux Klan because I wanted Black (and white) children to have a better opportunity for reading instruction. (Democrats were quick to sling racist accusations even then.) I was accused of being a member of the Flat Earth Society because I realized Back to Basics is a better way of educating all children, skill upon skill, not taking a Whole and breaking it into parts. (I challenged the Establishment educators and that made me ignorant.) Whole Language rather than being skills based was actually POLITICAL. (I was the only one who actually read the Whole Language Catalog by Ken (author of "Reading, a Psycholinguistic Guessing Game") and Yetta Goodman , I guess.
I saw how the opposition can manipulate public opinion using their professional credentials as their authority, regardless of the fact that they had created the situation in the first place. I saw how the media played into their hands and eventually was rewarded with positions in public relations in the system. I saw how children were made guinea pigs for dissertations by the Director of Instruction who later became Superintendent in another District and others published "scholarly" articles in magazines supporting the current fad to move up. That is known as "peer review", by the way.
So I came to challenge the credentials of everyone, including the CIA, FBI, etc. because they also led us into the War in the Middle East claiming Iraq had weapons of mass destruction. Now Lisa Page tells us it was China who hacked the DNC. Say, what?
When Trump came onto the scene with his Fairness Doctrine, though none of us realized it, that was what appealed to us, I think. It isn't fair that children remain hostage to failed schools, or that illegal immigrants break in line and demand, and get above and beyond, services that law abiding Americans work hard for.
So, in reading Judge Jeannine Pirro's book, Liars Leakers and Liberals, I finally realized that what appealed to all of us Deplorables was his sense of Fairness. That makes him one of us, because we also see the lies and deceitfulness of an elite that merely wants to maintain power regardless of the welfare of average Americans.
Trump, admittedly with feet of clay like the rest of us, is our champion.
Posted by Sharman at 8:43 AM