Challenge to a Liberal Friend 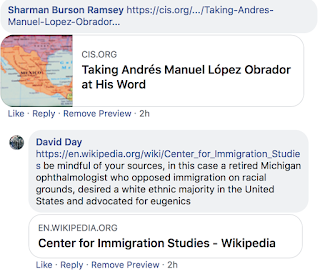 Conservatives always find (at least) one of their "Friends" on Facebook who choose to find some reason to sling the racist label. So, I went to my Friend's Facebook page to find this. 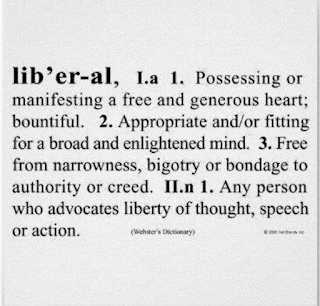 This image came with this posting remark:

David reminded me "be mindful of your sources, in this case a retired Michigan opthalmologist who opposed immigration, desired a white ethnic majority in the United States and advocated for eugenics."

So, this is my response:

Now, David, I see that you consider yourself a man with a "free and generous heart; bountiful, with a broad and enlightened mind, free from narrowness, BIGOTRY OR BONDAGE TO AUTHORITY OR CREED, and a person who ADVOCATES LIBERTY OF THOUGHT, SPEECH OR ACTION."

So, I went to the website you recommended -- Wikipedia. And there I found that the people who write the articles for Wikipedia ARE NOT EXPERTS. In fact, they say about themselves, "...anyone can be bold and edit an existing article or create a new one, and volunteers do not have to have any formal training."

So Wikipedia is your authority on CIS (Center for Immigration Studies).  You dismiss the article on Andres Manuel Lopez Obrador on the CIS website because Wikipedia says:

Several reports published by the CIS have been disputed by scholars on immigration; a wide range of think tanks; fact-checkers such as PolitiFact, FactCheck.Org, Washington Post, Snopes, CNN and NBC News; and by immigration-research organizations. Critics have accused the CIS of extremist nativist views and for ties to white supremacy groups, which the CIS rejects.

All known Leftist publications which facts I challenge because all of those organizations have written articles I know to be prejudicial, biased, and sometimes downright lies.

For example their assertion (which you assume must be fact since it comes from these entities):

Critics have accused the CIS of extremist nativist views and for ties to white supremacy groups, which the CIS rejects.

If someone accuses you of being a white supremacist well then, it must be true! That is the Left's way these days, sling accusations. The article claims:

The CIS is one of a number of anti-immigration organizations that John Tanton helped found. Tanton is a retired Michigan ophthalmologist who opposed immigration on racial grounds, desired a white ethnic majority in the United States and advocated for eugenics.

Yet, Wikipedia does note that CIS denies the involvement of John Tanton.  Using this reasoning for discrediting individuals and organizations,  I wonder that Leftists continually tout the good works of Planned Parenthood regardless of the fact that it was founded by known eugenicists, Margaret Sanger and Sir Julian Huxley, who also founded UNESCO. 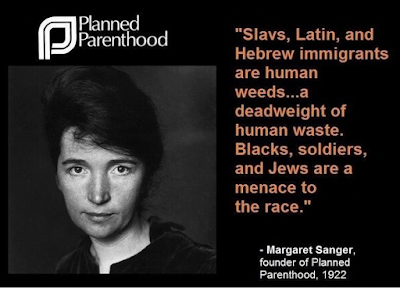 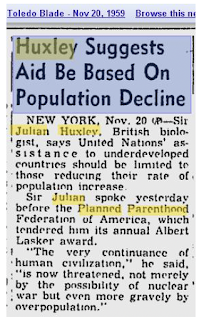 So, just out of curiosity, I wonder why the Left has not discredited PLANNED PARENTHOOD because of its association with Eugenics and White Supremacy? 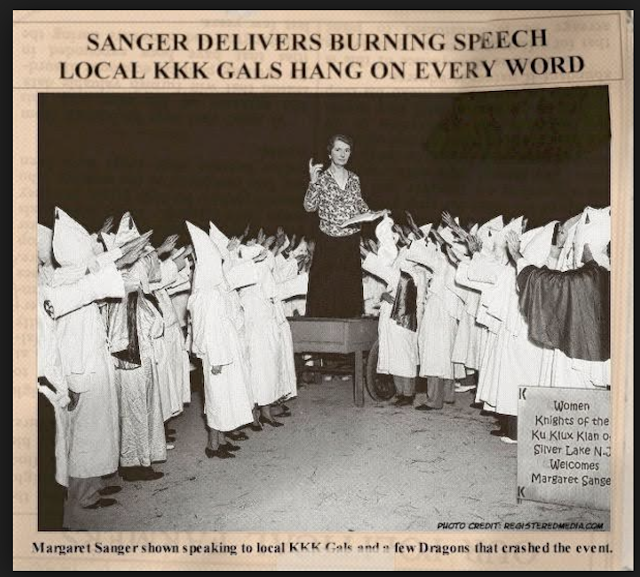 By the way, Conservatives seek to protect the lives of ALL babies.

Indeed, the major critic of CIS is the Southern Poverty Law Center, a discredited institution that cites as their criteria for labeling groups as "hate groups" being mainly those who disagree with them.

The Southern Poverty Law Center (SPLC) published reports in 2002[74] and 2009[75] on John Tanton, who founded the CIS and said he had ties to white supremacy groups and a eugenics foundation.
The SPLC's 2009 report charged:[75]
In response, Krikorian wrote:[76]
Tanton also denied the SPLC's accusations. As to his alleged influence at CIS, he wrote, "I also helped raise a grant in 1985 for the Center for Immigration Studies, but I have played no role in the Center's growth or development."[77] According to CNN, Tanton openly embraced eugenics.[8] The New York Times noted that Tanton made his case against immigration in racial terms.[78] The CIS has consequently been criticized for its reluctance to criticize Tanton and his views.[78]
In March 2010, CIS published a report written by Jerry Kammer, a Pulitzer Prize-winning journalist, and senior research fellow at CIS, that was sharply critical of the SPLC, its tactics and methodologies, and its attacks against groups such as CIS, NumbersUSA, and FAIR.[79][80] Ken Silverstein wrote in his online blog in reference to the SPLC's article:[81]
In 2004, a Wall Street Journal editorial repeated the SPLC's allegation that CIS is part of a network of organizations founded by Tanton and also charged that these organizations are "trying to stop immigration to the U.S." It quoted Chris Cannon, at the time a Republican U.S. Representative from Utah, as saying, "Tanton set up groups like CIS and FAIR to take an analytical approach to immigration from a Republican point of view so that they can give cover to Republicans who oppose immigration for other reasons."

Elliott Young, Professor of History and Director of Ethnic Studies at Lewis & Clark College, criticized CIS as "a crackpot organization with a website filled with xenophobic racists who twist data to spread lies about immigrants". He criticized the organization for promulgating the false claim that 72 people from Trump’s seven banned countries were involved with terrorist activities. He argued that it was unwise for Lewis & Clark College students to invite Jessica Vaughan of the CIS to speak at the college, saying that "Vaughan’s reports are chock full of data, these data don’t withstand scrutiny and her conclusions are based in her nativism and not in facts."
So, it would appear that the greatest accuser of CIS, the Southern Poverty Law Center, probably wrote the article. It is this discredited organization that claims Tanton's (possible) involvement with CIS taints it because he is (or so they claim) a white supremacist. And it also appears they are threatened by free speech and want to let only those of their own ilk speak!

Saul Alinsky’s Rules for Radicals No. 13 at work here.
13. “Pick the target, freeze it, personalize it, and polarize it.” Cut off the support network and isolate the target from sympathy. Go after people and not institutions; people hurt faster than institutions.

Below are many of the organizations that have spoken out against the Southern Poverty Law Center.

So, David, since you pride yourself on being a man with a  "free and generous heart; bountiful, with a broad and enlightened mind, free from narrowness, BIGOTRY OR BONDAGE TO AUTHORITY OR CREED, and a person who ADVOCATES LIBERTY OF THOUGHT, SPEECH OR ACTION perhaps you might consider the fact that the Mexican President actually said what he said and may actually intend to conduct his presidency as he stated.

I find his words and intent frightening for my children and our nation's sovereignty. 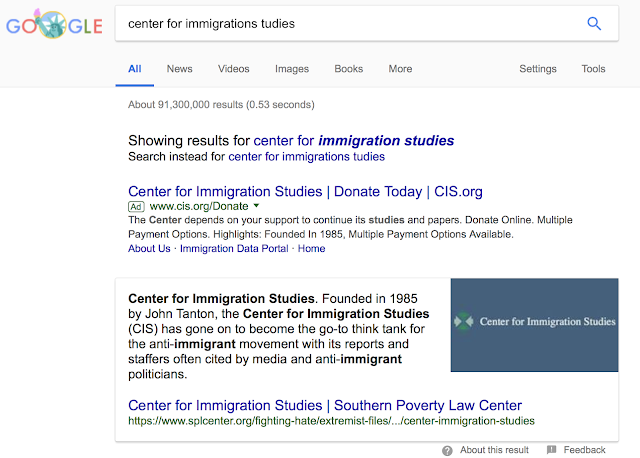 I also want you to see that Google uses the SPLC as a source for highlighting their opinion about an organization. That also is frightening!