Book launch for the Mint Julep Mysteries﻿, including Wakefield Plantation: History and Cookbook of one Southern family﻿ will be held AT WAKEFIELD PLANTATION 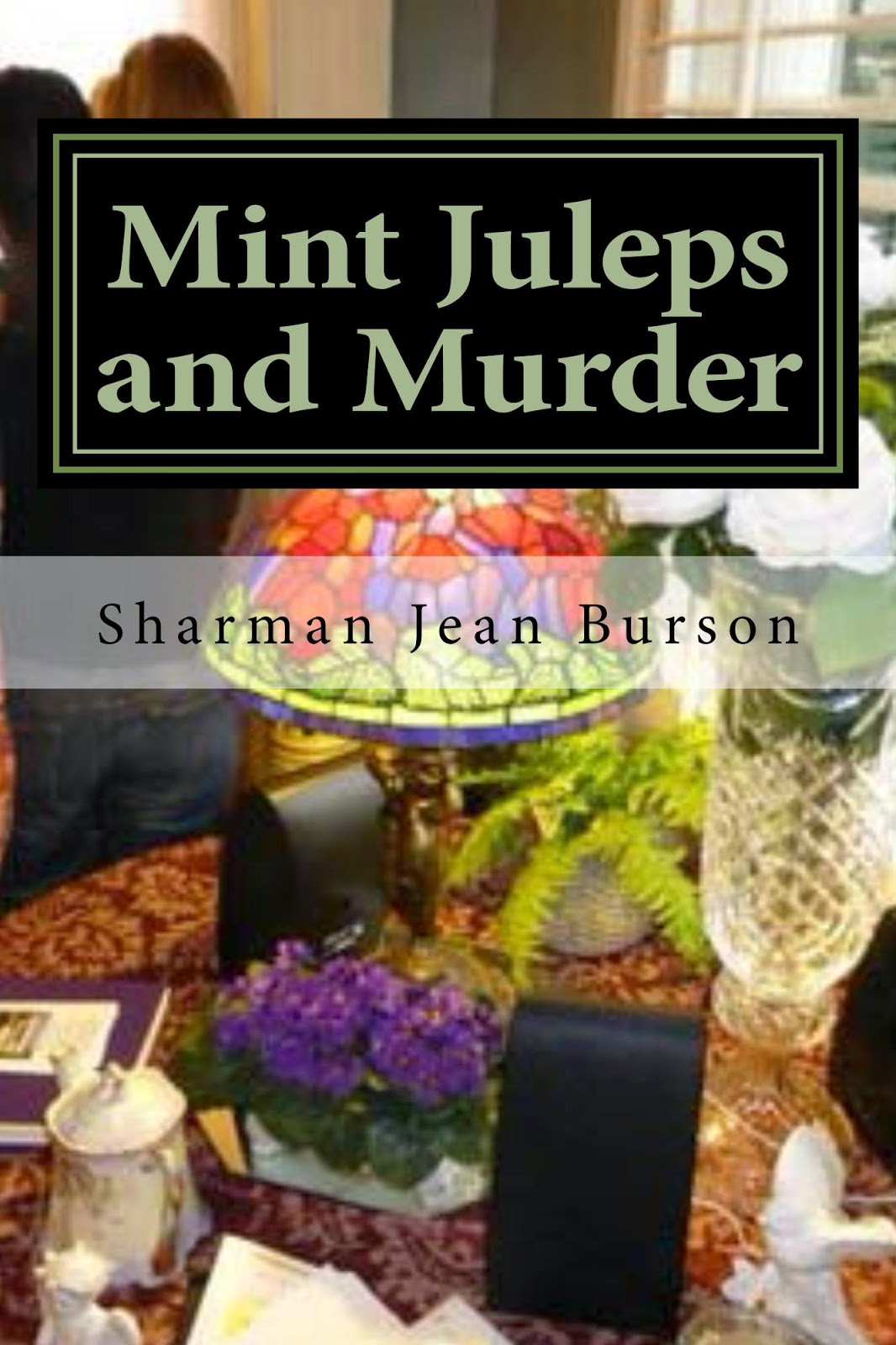 the inspiration for the setting of the series) in Furman, Wilcox County, Alabama in December. More information to come.

An excerpt from Mint Juleps and Murder, a novel that is both fun and serious:
That was our last practice before Sadie Summer arrived for the Charity Revue. I asked Ruby what the money was being raised for and Miss Ruby told me it was for the homeless, hopeless, helpless and hungry. I was glad. That was such a sad, sad sight seeing women with their children by the hand both wearing the knapsack that identified them as having recently been housed by a Rescue Mission and provided with free toiletries. I couldn’t help but put myself in those women’s shoes and think of being alone, homeless and with no resources with little ones trusting me to take care of them.
There was little time left for us to practice because we would be taping our food preparation segments for our guest Diamond Lagnappe.  But tonight we were to go with our Five O’clock Somewhere group to the Cypress Ridge Dinner Club. I did not succumb to the temptation of giving our group the name of the acronym FOCS for fear someone might take it a step further and refer to us as the FOCS which could then be taken a step further by some wit who might refer to us as a bunch of Old FOCS, to which I think we might take umbrage.
We got back to the Big House and who should be sitting on our back steps but the anesthesiologist for my colonoscopy, Dr. Gavin Crenshaw. It had been such a long time since I had seen him that I nearly leapt into his arms. At the sight of that good-looking man, Faye Lynne had immediately transformed into her version of Elizabeth Taylor in Cat on a Hot Tin Roof-- sultry, sensuous--and dangerous.
It was wasted. Wasted, I tell you! He only had eyes for me.
“I knew I had been away from you too long,” he said. “You’ve just been wasting away you’ve been pining for me so much.”
“Sorry, handsome. Truth is Ruby T made me start jogging,” I said.
We had talked frequently in the time we had been separated, but he’d been busy with his medical responsibilities and his daughters, one had a new baby, and I had been running like a house afire preparing shows and getting used to the celebrity of being a hit show on the Dishing It Network.
Posted by Sharman Ramsey at 2:50 PM
Email ThisBlogThis!Share to TwitterShare to FacebookShare to Pinterest