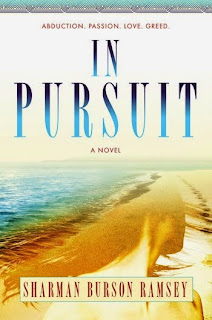 Creek half-breed and survivor of the Creek Indian War, Joie Kincaid, and the nemesis she rescued from certain death after the Massacre at Fort Mims are kidnapped from a tea room in London. Joie awakens with amnesia—after having been struck on the head—to find herself in the hold of a ship sailing to the pirate Gasparilla’s lair in Charlotte Harbour and bound to a man she finds strangely familiar.

To save himself and Joie, the scholarly Godfrey Lewis Winkel is forced to take heroic action. As a story of passion unfolds between the two, Joie Kincaid must overcome a childhood of abuse and rejection to accept love she had never known. Together they weather the tempests of pirates, illness, the Seminole War, family vendetta, and a hurricane to find their way to each other and a love neither could have imagined.

Interwoven in this action-packed adventure is the long-forgotten tale of hope and betrayal at the Negro Fort, the plight of the Red Sticks after Horseshoe Bend, the greed of a pirate longing for a legacy, Andrew Jackson’s single-minded vision of a nation’s manifest destiny, and the British officers who seek to redeem a promise and forge an empire.

In Pursuit continues the family saga begun in Swimming with Serpents. It is a story of kidnapping, passion, greed, love, and war set against the backdrop of the First Seminole War.